History was made as the World came to Woodbine Racetrack today for the 76th running of the Pattison Canadian International.  The Grade I Race valued at $1-million, is known best as the Race in which legendary Secretariat won in 1973, prior to closing-out his Championship three-year-old Season.

Already a feat having won the mile-and-a-half Turf Race twice, Irish-bred Joshua Tree became the first-ever Horse to win the prestigious Affair three times under Jockey Ryan Moore, who guided him to a three-quarter-length victory over American-based Hyper and German-based Seismos in third. The final time for the Race was 2:35.4 over a course listed as Yielding after Woodbine‘s grass course was soaked by rainfall yesterday – a condition which favours European Invaders.  Joshua Tree paid $15.30 to a $2 bet and today’s win boosted his lifetime earnings past the $3.8-million mark for Owners Khalid K. al Nabooda & Kamel Albahou, a task which seemed unlikely after the six-year-old Son of Montjeu had gone winless all 2013.

Earlier on the Card, the Grade I-E.P. Taylor was run, a restricted Affair for Fillies and Mares valued at $500k.  Although based in Europe for much of her earlier career, Tannery has found much success here in North America including a second-place finish in the Flower Bowl Invitational last month at New York’s Belmont Park.  The four-year-old Daughter of Dylan Thomas, owned by Richard Santulli, gamely battled her way to hard-fought victory by a head over European-based Fitful Skies.  She was ridden by 2013 Kentucky Derby-winning Jockey Joel Rosario, paying $6.00 to a $2 bet as the post-time Favourite.  Moment in Time was about two-and-a-half lengths back in third.

I had the pleasure of hosting a group of Social Media Influencers at Woodbine today and needless to say we have a new batch of Horse Racing Fans as we had a blast seeing the talented Animals up-close and also getting a couple Photo Ops with the winning Riders of both the E.P. Taylor Stakes and Pattison Canadian International!  The free Commemorative Scarves in celebration of the Event also were an amazing touch and thousands queued for theirs!

See these happy faces below: 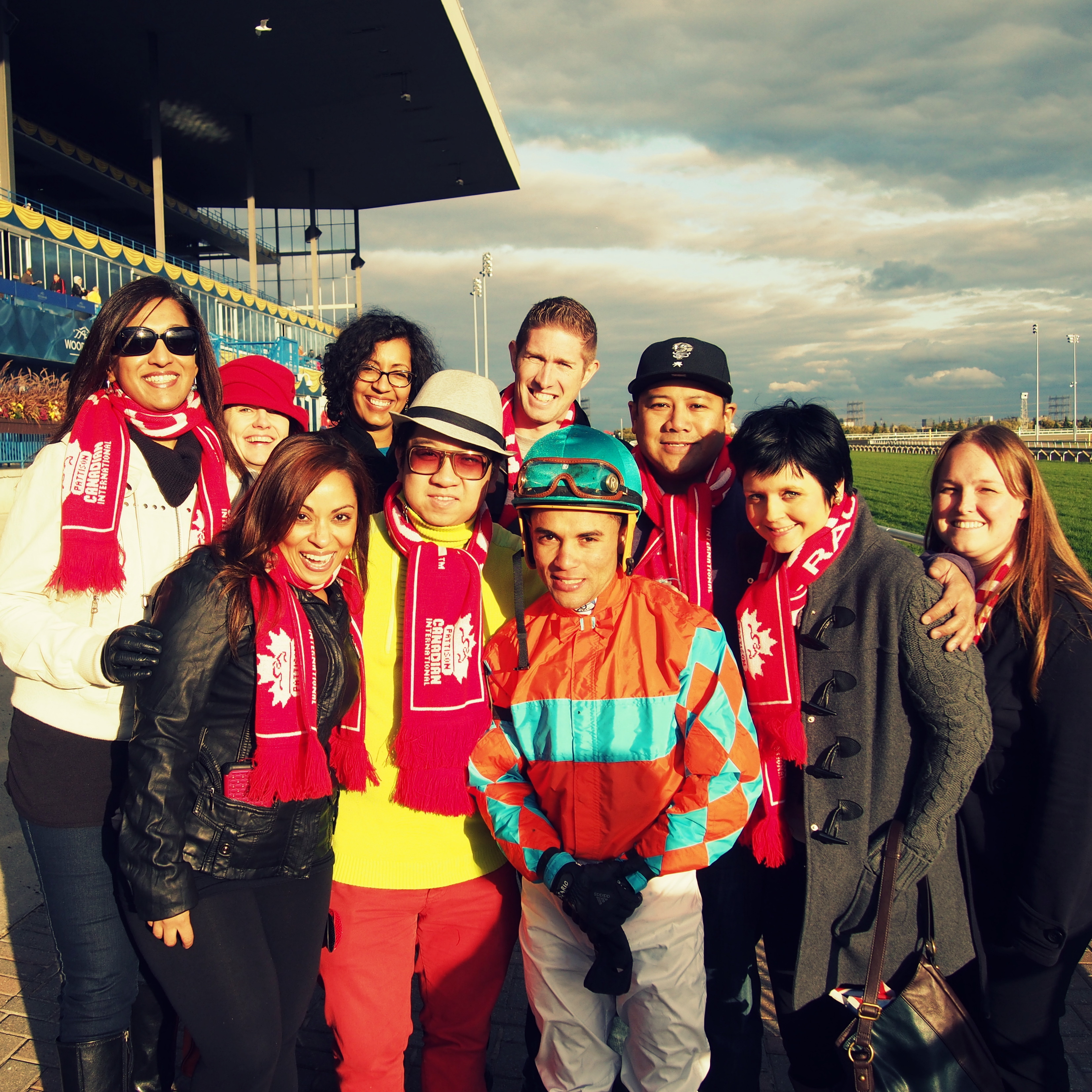 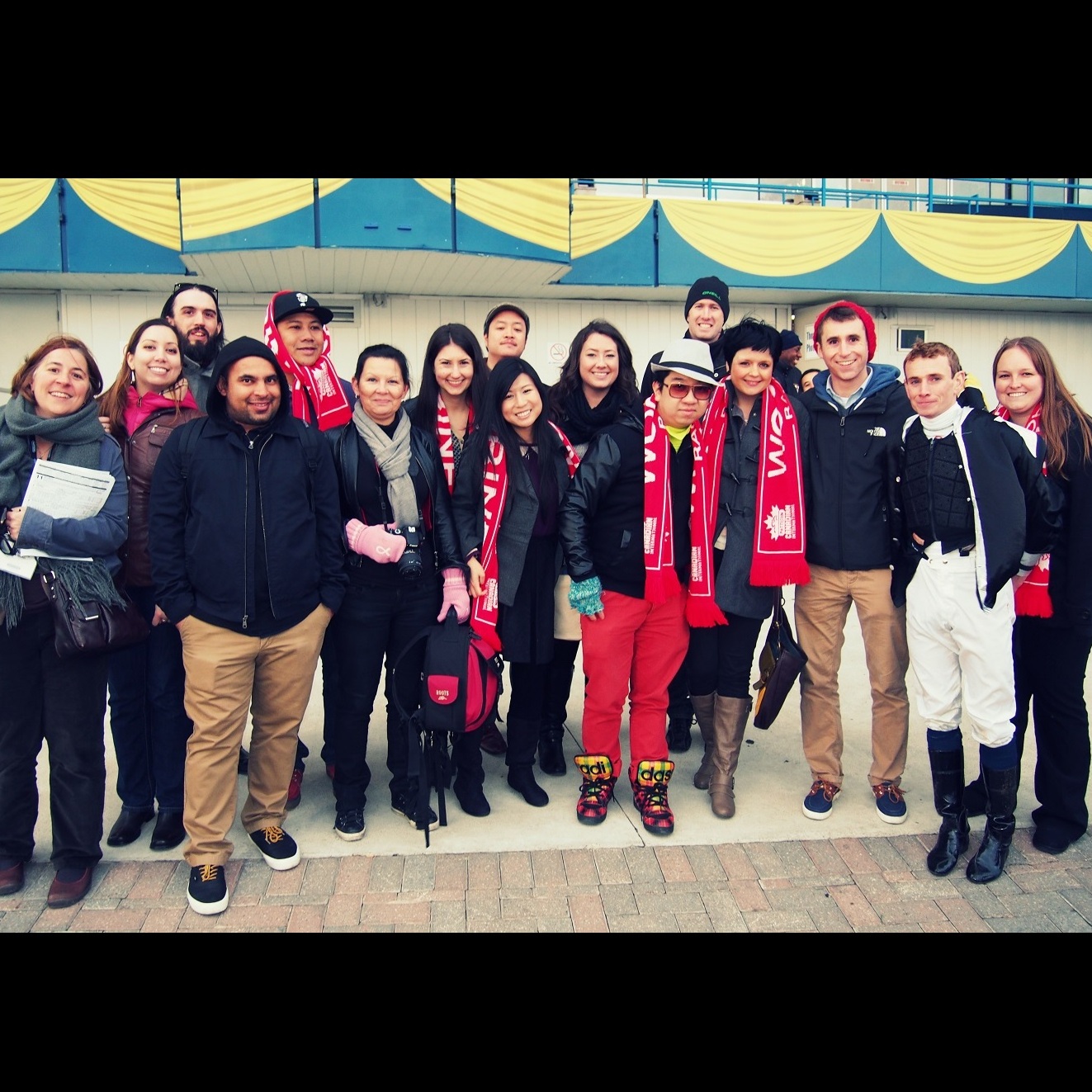 Although these are the final Marquee Races of the 2013 Woodbine Racing season, the Races continue up till mid-December so if you haven’t had a chance to enjoy a day at the Track yet this year, there’s still plenty of time!

For more Photos, see some of my Trackside Snaps today here at Woodbine‘s Official Facebook Page.

One of our Guests Trish Cassling was kind enough to post her Photos for us to enjoy here also!

Renee Sylvestre-Williams of Global News also posted some Snaps on her Blog too here!