The 78th running of the Pattison Canadian International took place at Woodbine yesterday and despite the chill, fans came out in crowds to see the thoroughbred season’s final marquee race of the 2015 racing season at the historic racetrack!  Scarves and free bets were given away to all who registered, while the third floor saw a variety of international flavours being served for one day only. And for the first time ever, a chance to win $1-million was offered to fans with Woodbine‘s Million Dollar Megapick.  At no cost at all, fans were invited to pick the exact order of finish in both the Pattison Canadian International and E.P. Taylor Stakes to win the jackpot!

Winning the $1-million-dollar headliner was American-bred and British-based CANNOCK CHASE, a four-year-old son of Lemon Drop Kid owned by Rabbah Bloodstock and trained by industry icon Sir Michael R. Stoute.  Under top rider Ryan Moore, he closed late down the stretch on Woodbine‘s lush turf course to win by 1 1/2 lengths after a bit of a slow start. Finishing second was Canada’s pride and joy UP WITH THE BIRDS, who in 2013 was crowned the nation’s Horse of the Year for Sam-Son Farm.  American rider John Velazquez set the hearts of local fans a flutter as the colt surged to the lead deep in the stretch, only to be passed late.  Handled by renowned trainer Graham Motion, he now is based in the U.S., although his next steps are still being discussed. Third was English-based SHEIKHZAYEDROAD who shipped to Woodbine last year to take the Northern Dancer Stakes, reuniting with jockey Martin Lane. The winner paid $7.50 to a $2 investment and the final time 1 1/2 mile event was completed in a time of 2:29.2, about four seconds off the course record.

Fans were treated to an amazing card of racing earlier filled with international talent, highlighted also by the $500k E.P. Taylor Stakes, restricted to fillies and mares.  The blue-blooded CURVY  was thrust into contention late in the 1 1/8 mile race on the turf course under Ryan Moore, winning for trainer David Wachman and owners Michael Tabor, Mrs. John Magnier & Derrick Smith.  The daughter of Galileo was the race favourite and paid $6.90 to a $2 bet.

See some photos from the day from our Nikon D3300 lens:

Phenomenal day at the #WOIntl. A Canuck didn’t win, but a ‘Cannock’ did! Congrats to CANNOCK CHASE who won valiantly under Ryan Moore. So proud of our UP WITH THE BIRDS who ran a phenomenal second, representing Canada so well! #GetintheGame #HorseRacing #OfftotheRaces #BetWoodbine #BetWoodbine #NikonD3300 #wu1a #55200mm 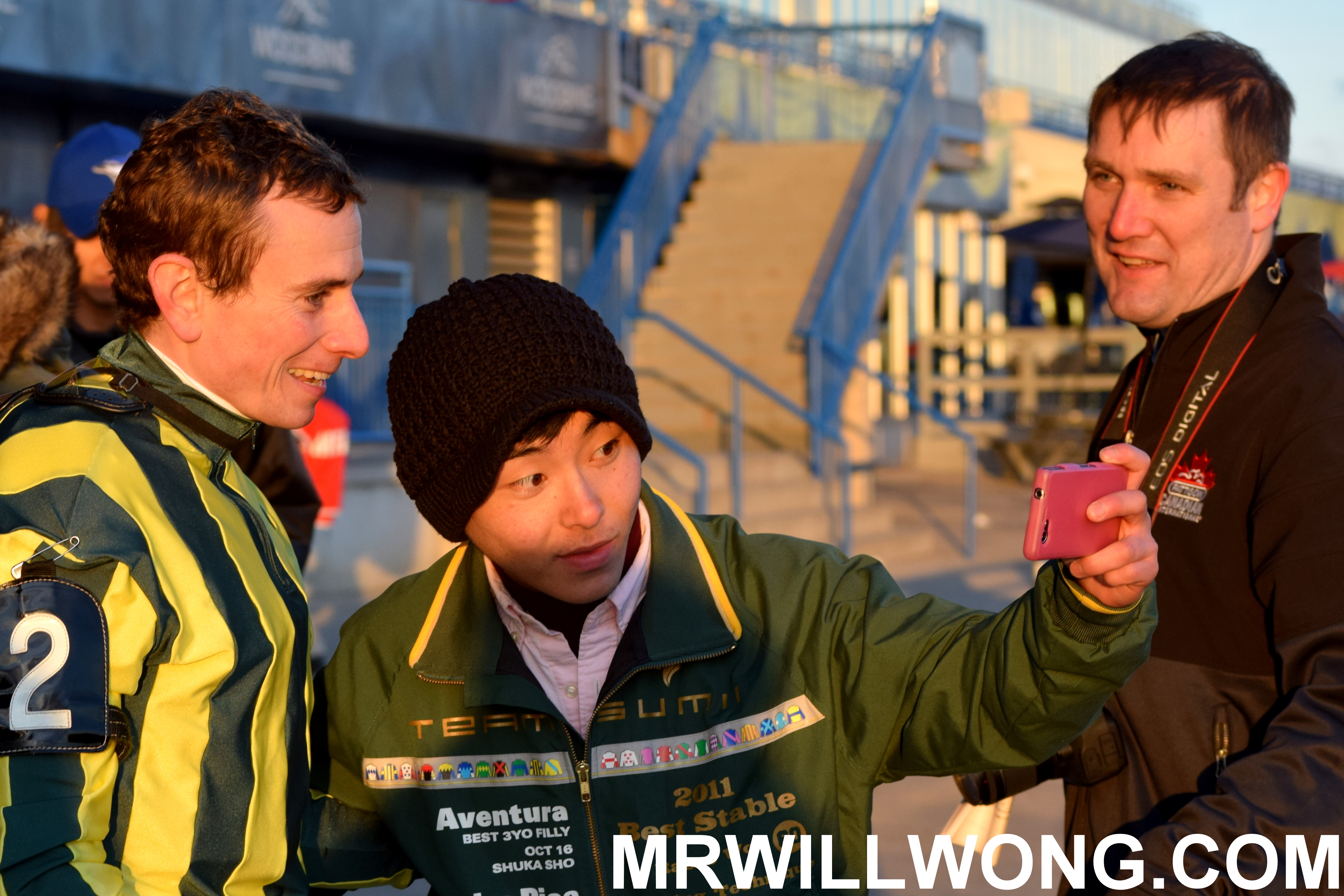 Free scarves, bets and an international array of tastes! 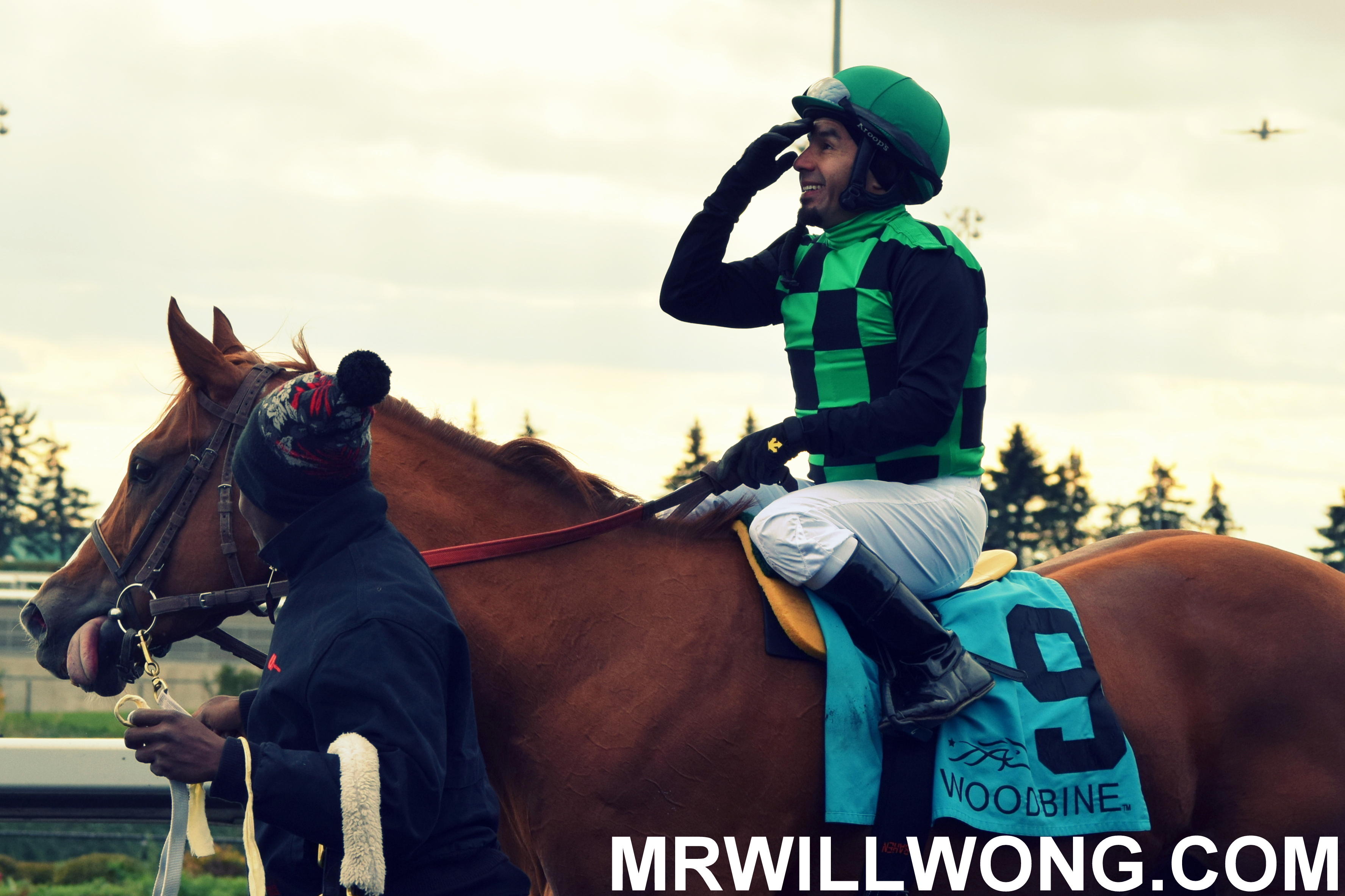 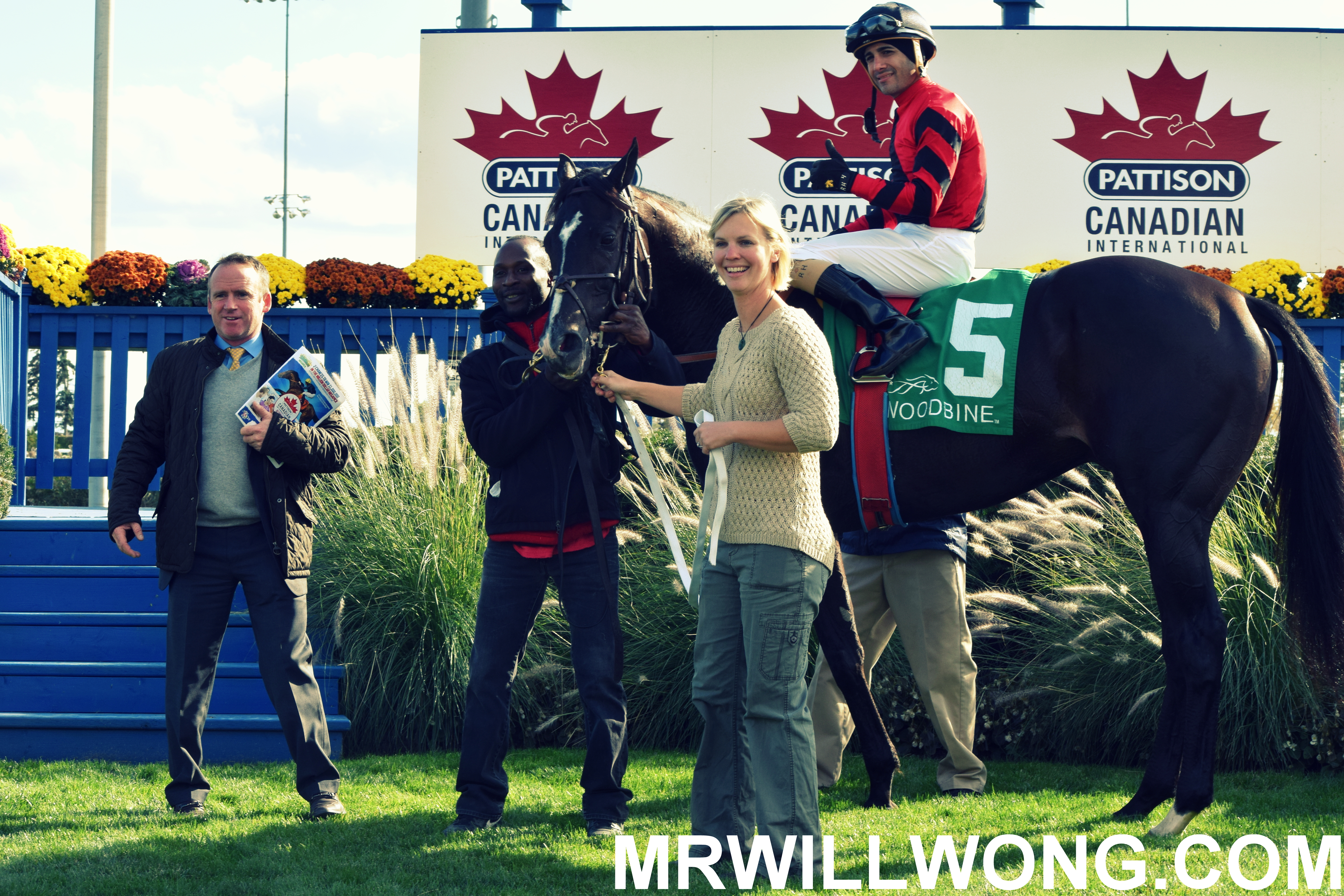 Good night. A memorable #WOIntl for the books! Had amazing food, won some cash and took lotsa selfies! Until next year! #OfftotheRaces #BetWoodbine #The6ix #Toronto #The6 #NikonD3300 A photo posted by Mr. Will Wong (@mrwillwong) on Oct 18, 2015 at 5:10pm PDT

There still is a chance to win $1k by Tweeting out a Selfie of yourself at Woodbine before the end of the 2015 racing season late November, using the Hashtag #OFFTOTHERACES!

We’ll be back next Saturday night at Woodbine for Harness Racing’s biggest night, the BREEDERS CROWN! The experience will be fresh for us and we hope to see you there!