Having spent most of my childhood weekends at the racetrack with my parents, it has always been a dream of mine to attend the Breeders’ Cup. The two-day championship series of races often decide divisional honours and Horse of the Year title in America, with 13 races totaling a whopping $24.5 million.  Although the event rotates from track to track annually, with our Woodbine  playing host once only in 1996, Keeneland in Lexington, Kentucky would have the honour this year.

The track, known for its famous Sycamore tree, is within a 50-mile radius of where some of the top thoroughbred horses in the world and bred and born. The decision to go was an easy one this year.  Keeneland is one of the most picturesque race courses in the world – one of my favourites.  Attending in 2015 checked two items off my bucket list at once.

And can I tell you how kind and gracious the people of Lexington are?  We really could learn from them a thing or two about old-school hospitality.

We need no  introduction to Triple Crown hero American Pharoah, the first horse to win that illusive series of three races since Affirmed in 1978.  After several close calls, racing fans including myself wondered if we ever would see another Triple Crown champion in this lifetime.  A win in  marquee race, the $5-million Breeders’ Cup Classic also would accomplish another remarkable feat known as a Grand Slam, which in Horse Racing is comprised of winning both the Triple Crown and the Breeders’ Cup Classic.  American Pharoah would make it look so easy before an over-capacity and already expanded grandstand of roaring fans, not only winning by six-and-a-half lengths, but also shattering the course record for the 1 1/4 mile distance.  The victory  for Zayat Stables, trainer Bob Baffert and jockey Victor Espinoza boosted his career earnings to $8.6 million.  His final career race would be a dramatic win with soldiers escorting him off-track and fans on their feet!

Trainer Baffert who has trained many greats in his career, said at a celebratory champagne press conference following the victory, “Secretariat to me was the greatest horse of all time.  For American Pharoah to be mentioned in the same sentence is a great honour”.  The defection of supermare Beholder late last week certainly improved his chances, but his final performance reminded us exactly why it is we are so obsessed with him. We have witnessed a new chapter in American history and the colt’s legacy will be a thing of stories to a next generation of racing fans.

Make no mistake though, the Breeders’ Cup wasn’t only about American Pharoah.  The star-studded international affair which took place this past Friday and Saturday was filled with celebrities of the equine and human variety.  Breeders’ Cup ambassador and supermodel Kate Upton even came out to show her support.  Championship status was solidified for some, while others gave us a new perspective on their case.

Woodbine-based Trainer Mark Casse made us all extremely proud as lightning struck twice for him this weekend, garnering his overdue first-ever Breeders’ Cup wins with Catch a Glimpse in the $1-million Juvenile Turf Fillies and Tepin in the $2-million Turf Mile. The latter defeated a field of males including Woodbine Mile winner Mondialiste who placed second and third-placed Brian Lynch trainee Grand Arch, who is based here locally.

Another Ontario-bred, the accomplished Private Zone, would finish second in the $1.5 million Sprint behind three-year-old, record-smashing internet sensation Runhappy. That winner is trained by up-and-coming trainer Maria Borell, who is giving the sport a new face with her sudden success story. She just started training two years ago, believe it or not.

Let’s re-live some of that magic in a series of Photos from our Nikon D3300 lens: 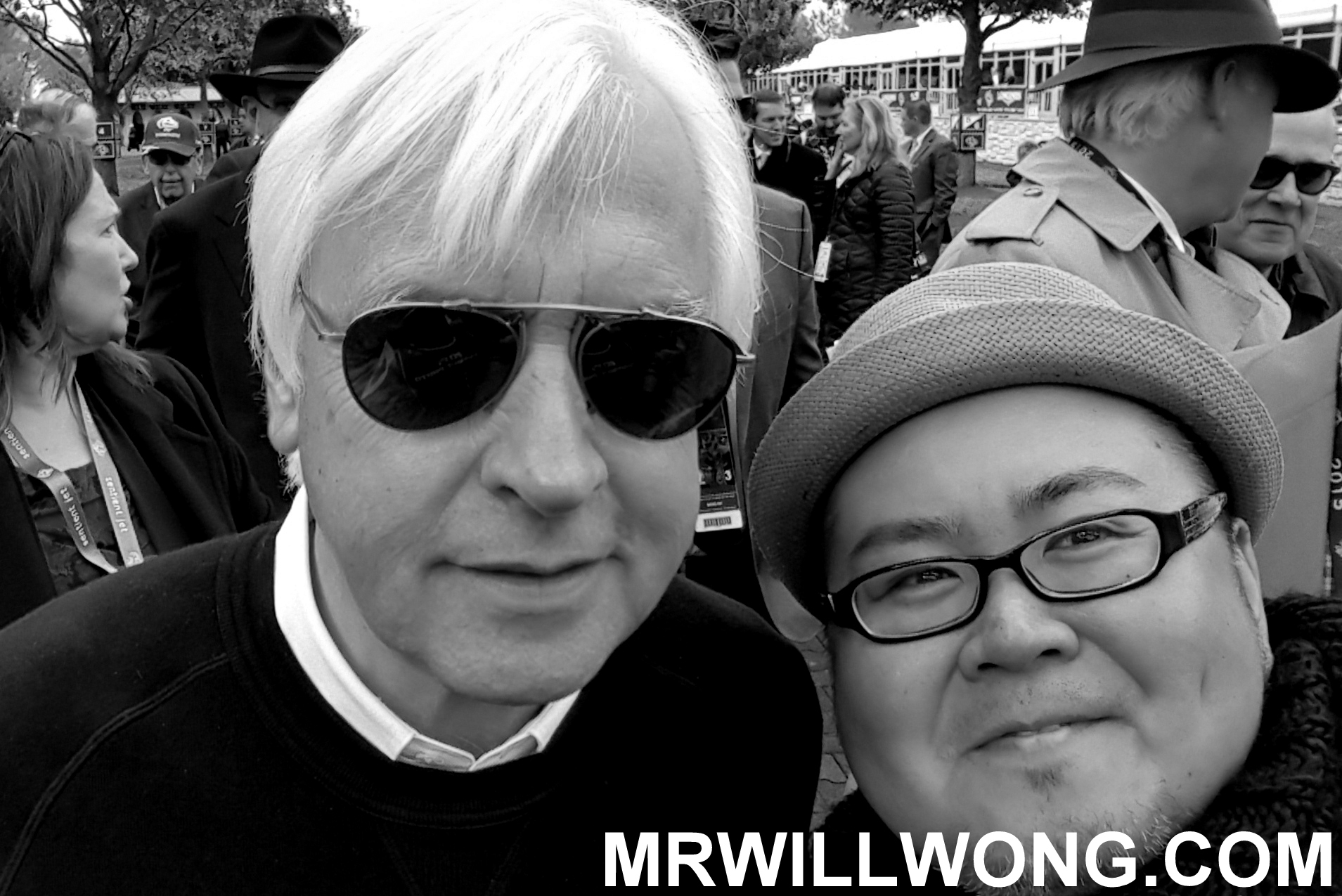 I was so busy on my phone that I didn’t notice stunning supermodel Kate Upton taking selfies over the ledge. I was like, “What is everyone taking photos of?!?”.  Oh, right. She’s super-sweet and gets a huge gold star for choice of hat! 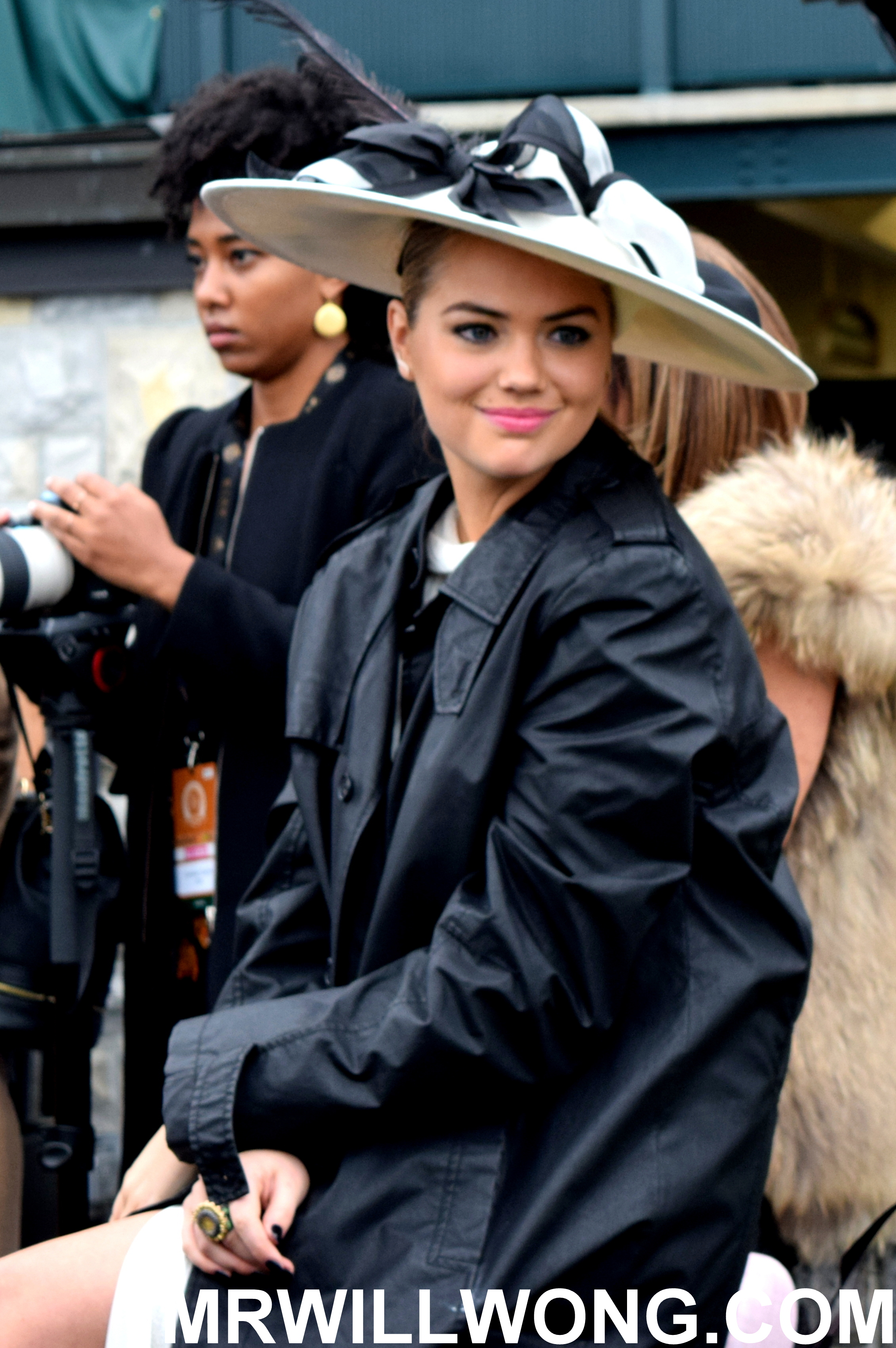 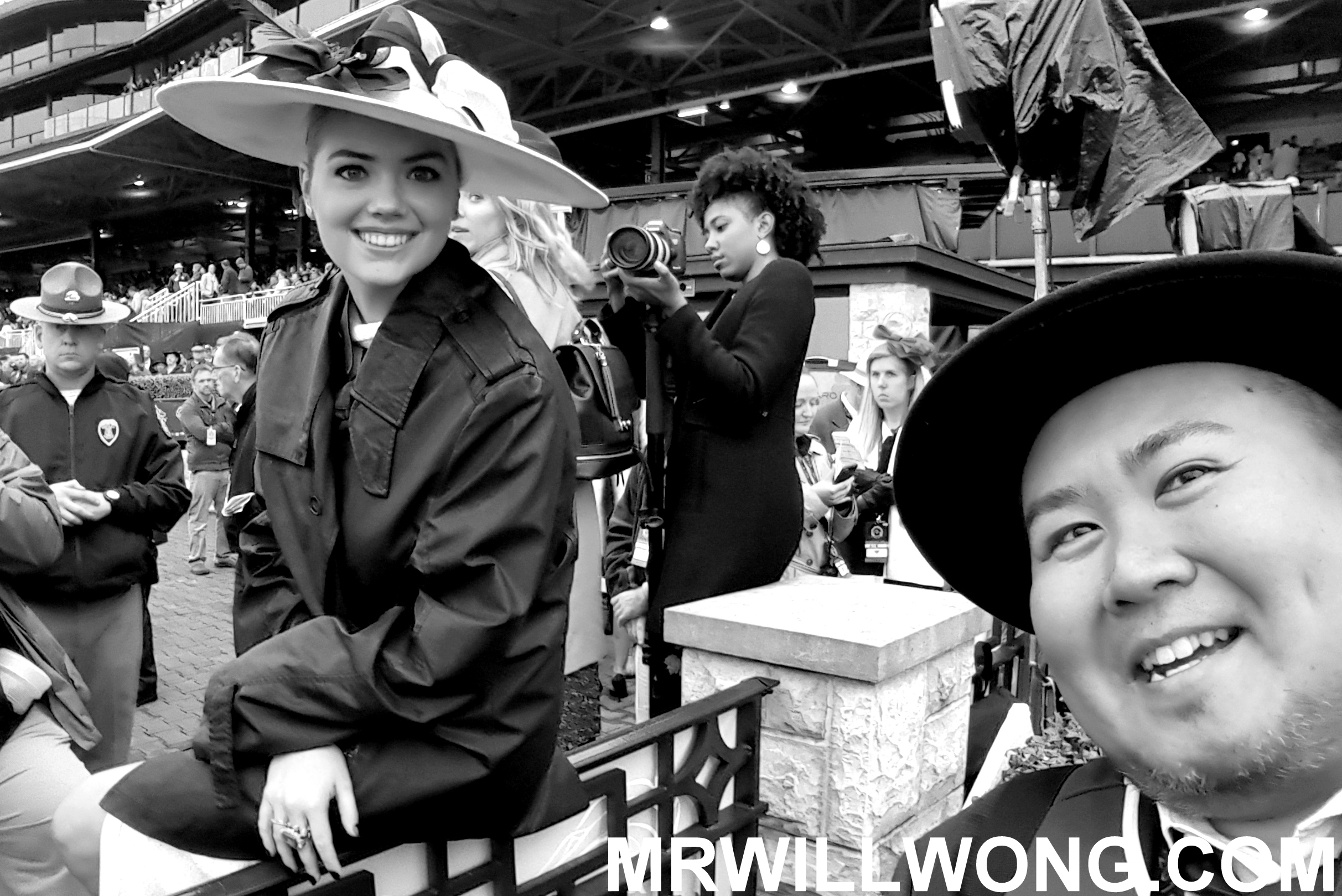 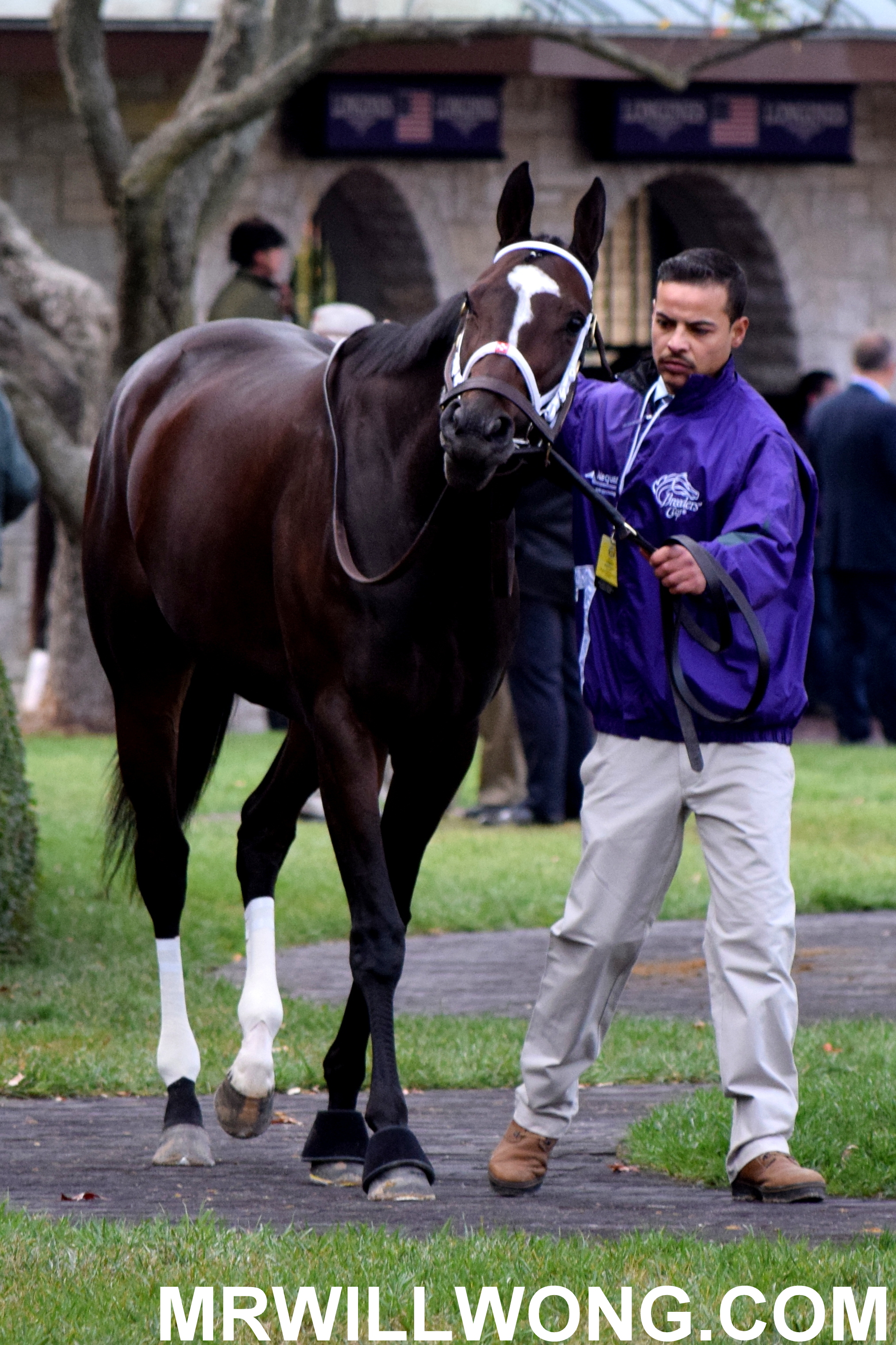 Rachel’s Valentina, daughter of racing royalty Rachel Alexandra, giving it her all in the Juvenile Fillies. We expect her to continue improving next year. 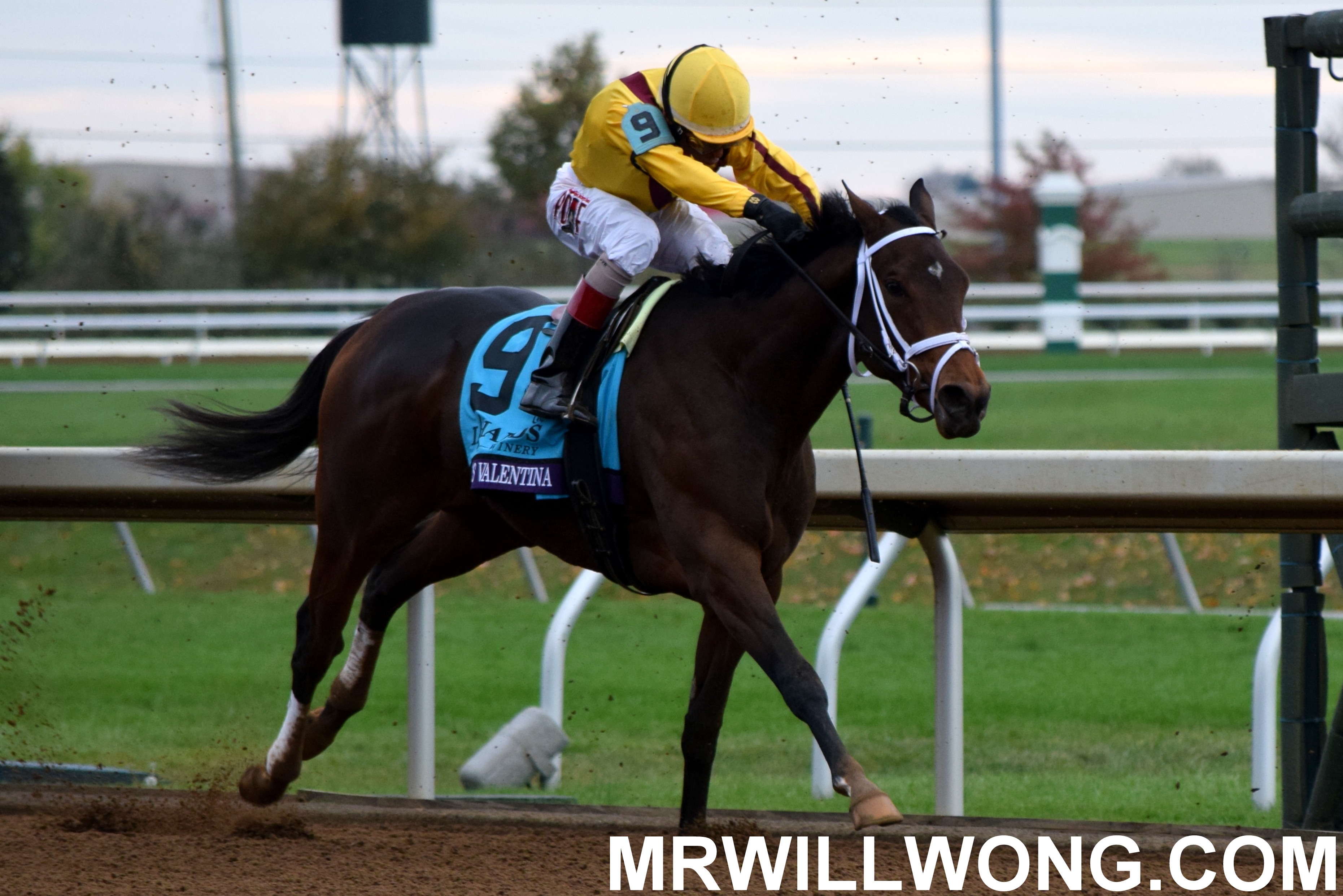 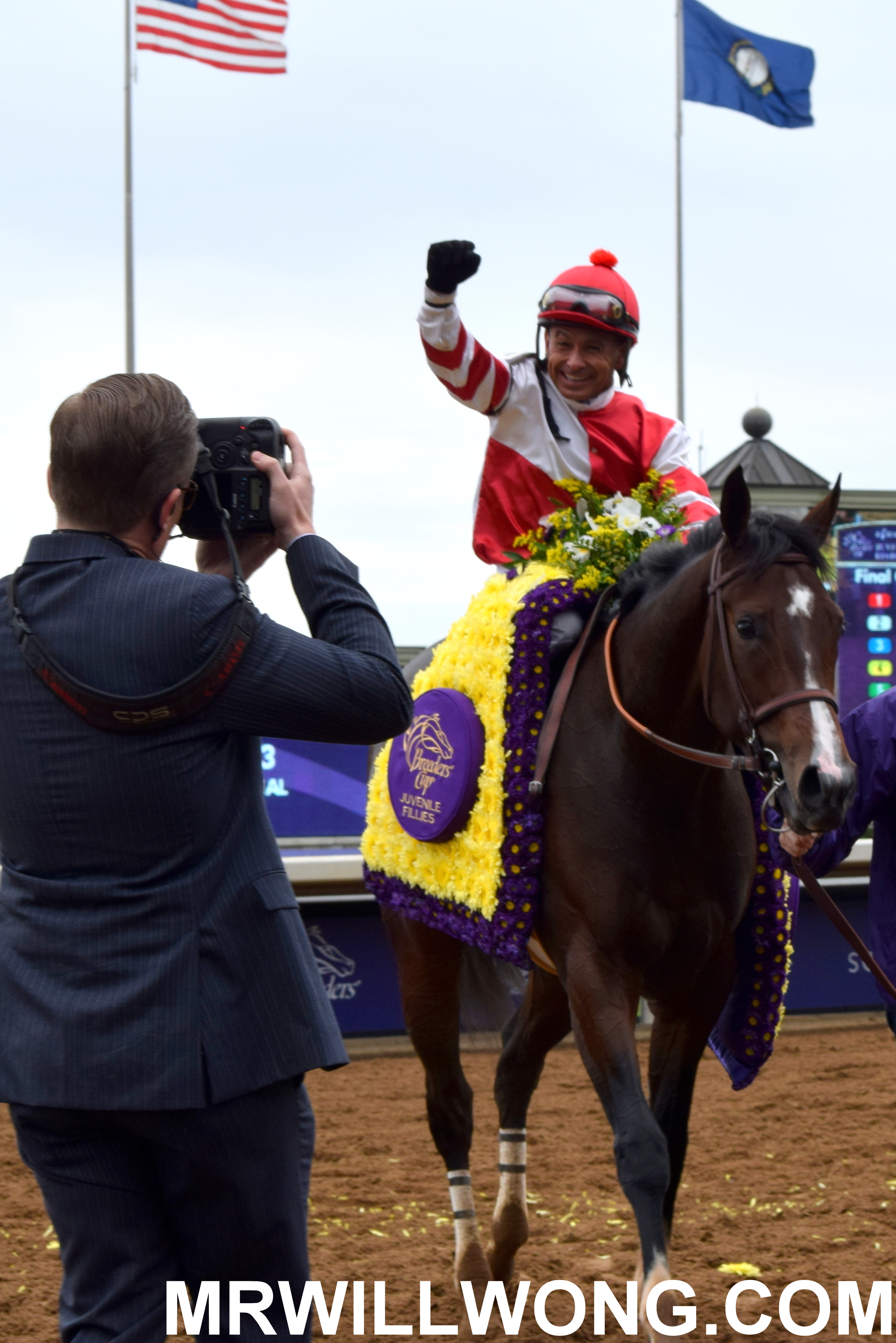 Vancouver’s Mario Gutierrez, leading Breeders’ Cup Juvenile winner Nyquist onto the track. The colt is now the early favourite for the 2016 Kentucky Derby. 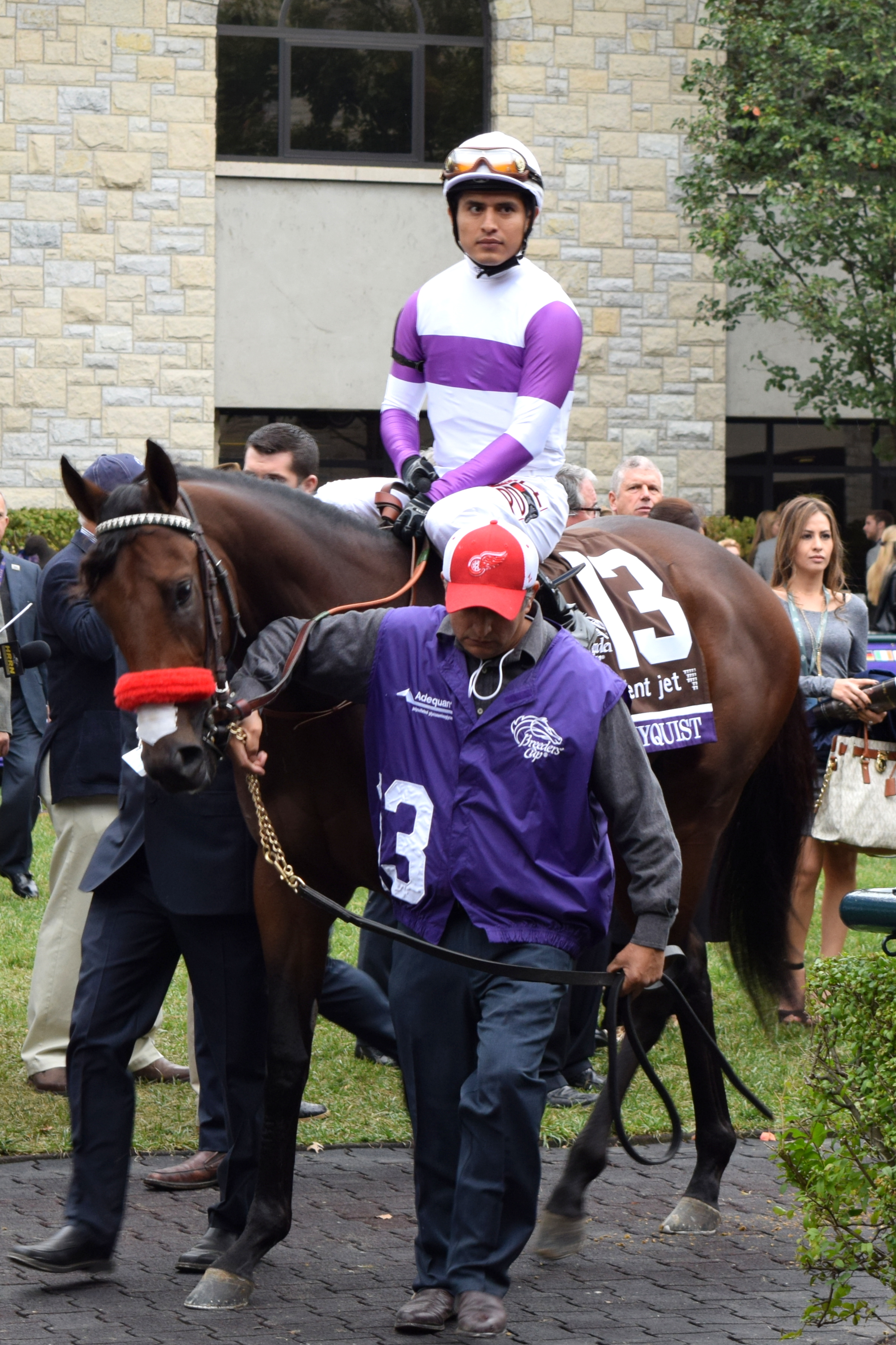 Canadian girls do it best. Wavell Avenue and her connections all smiling in unison after her Filly & Mare Sprint win. 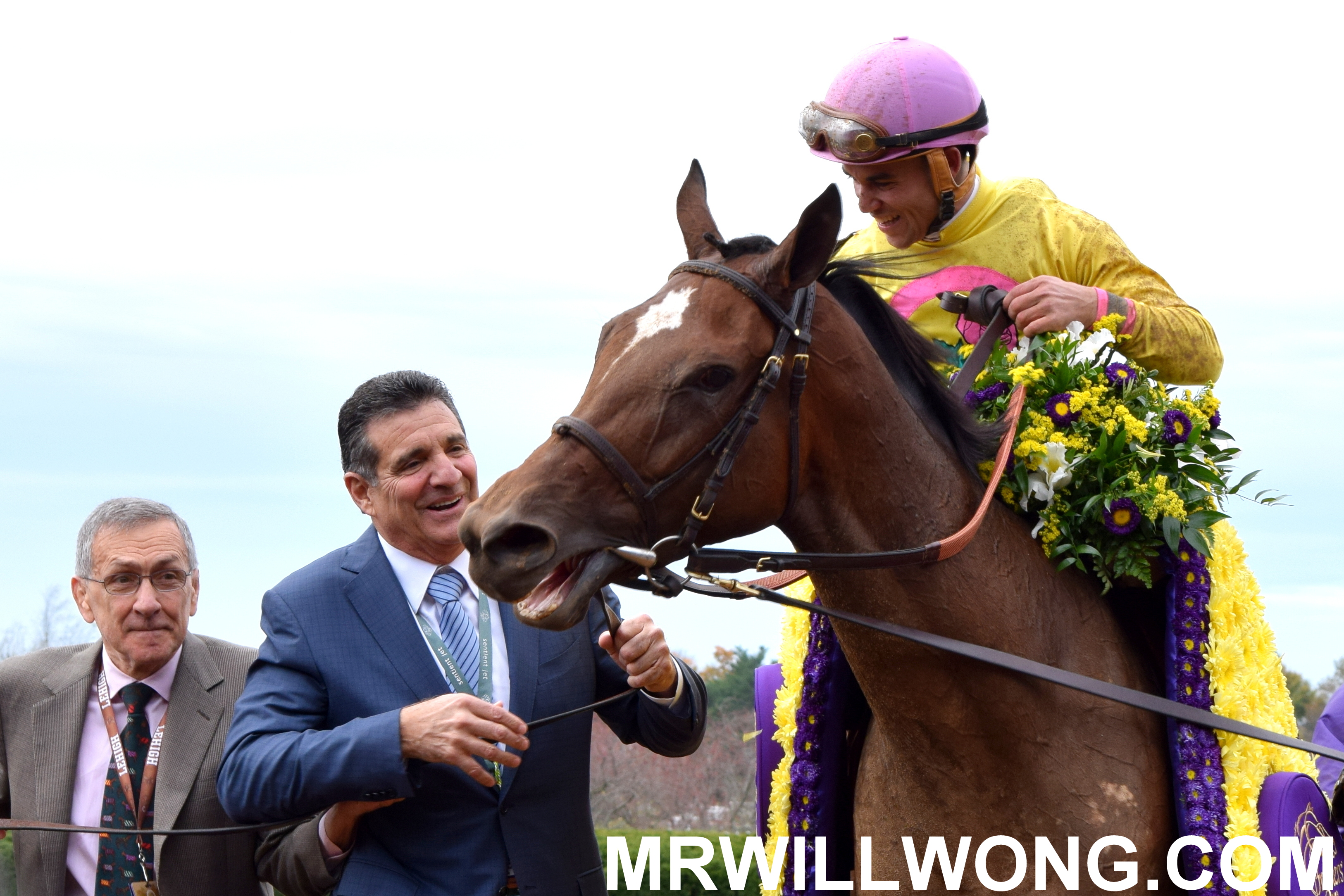 The most festive winner’s circle ever. Although Mongolian Saturday was naughty getting ready in the paddock, he sure turned it on in the Turf Sprint for Florent Geroux and Mongolian Stable. 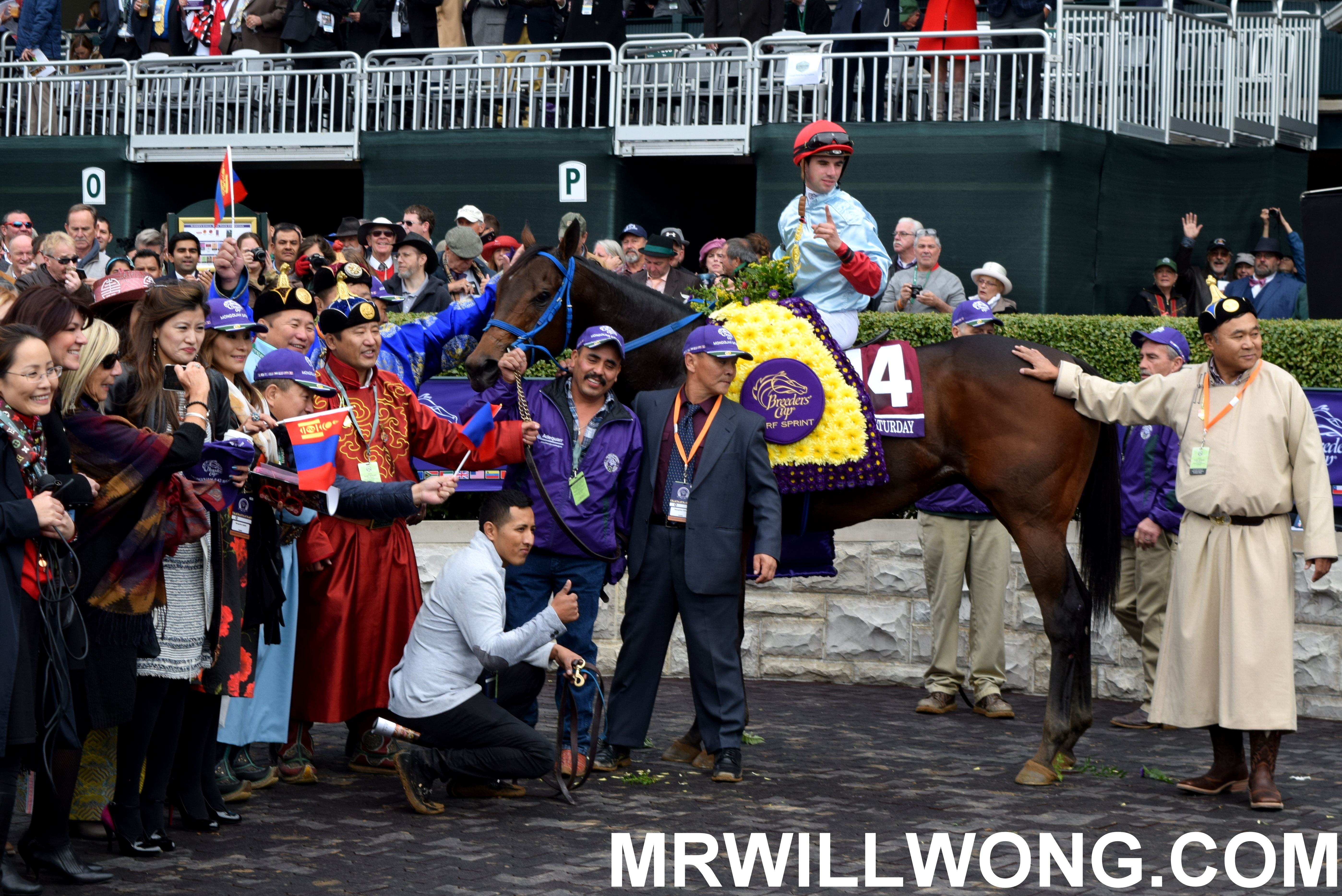 Who cares about Horse Racing though, right?! 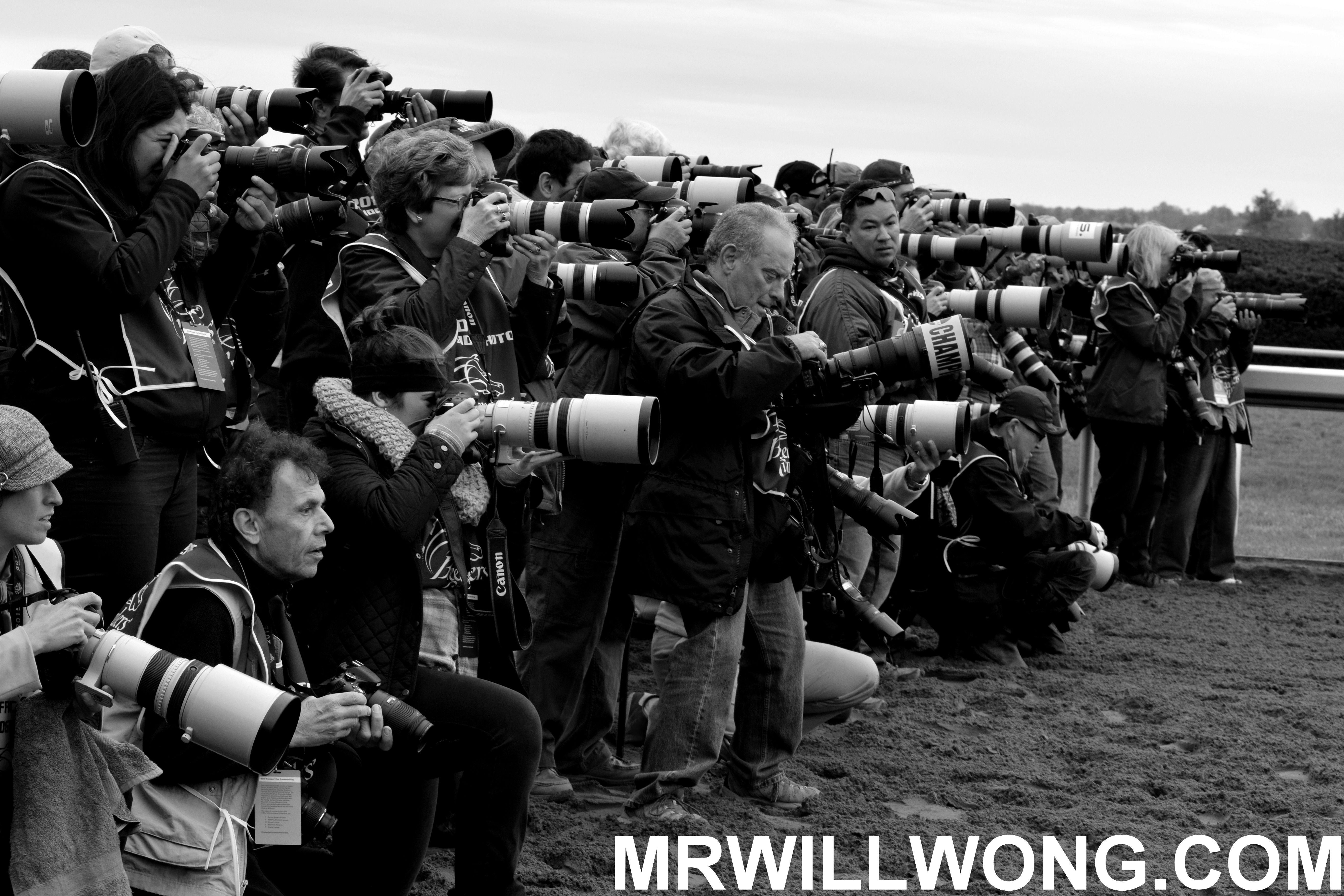 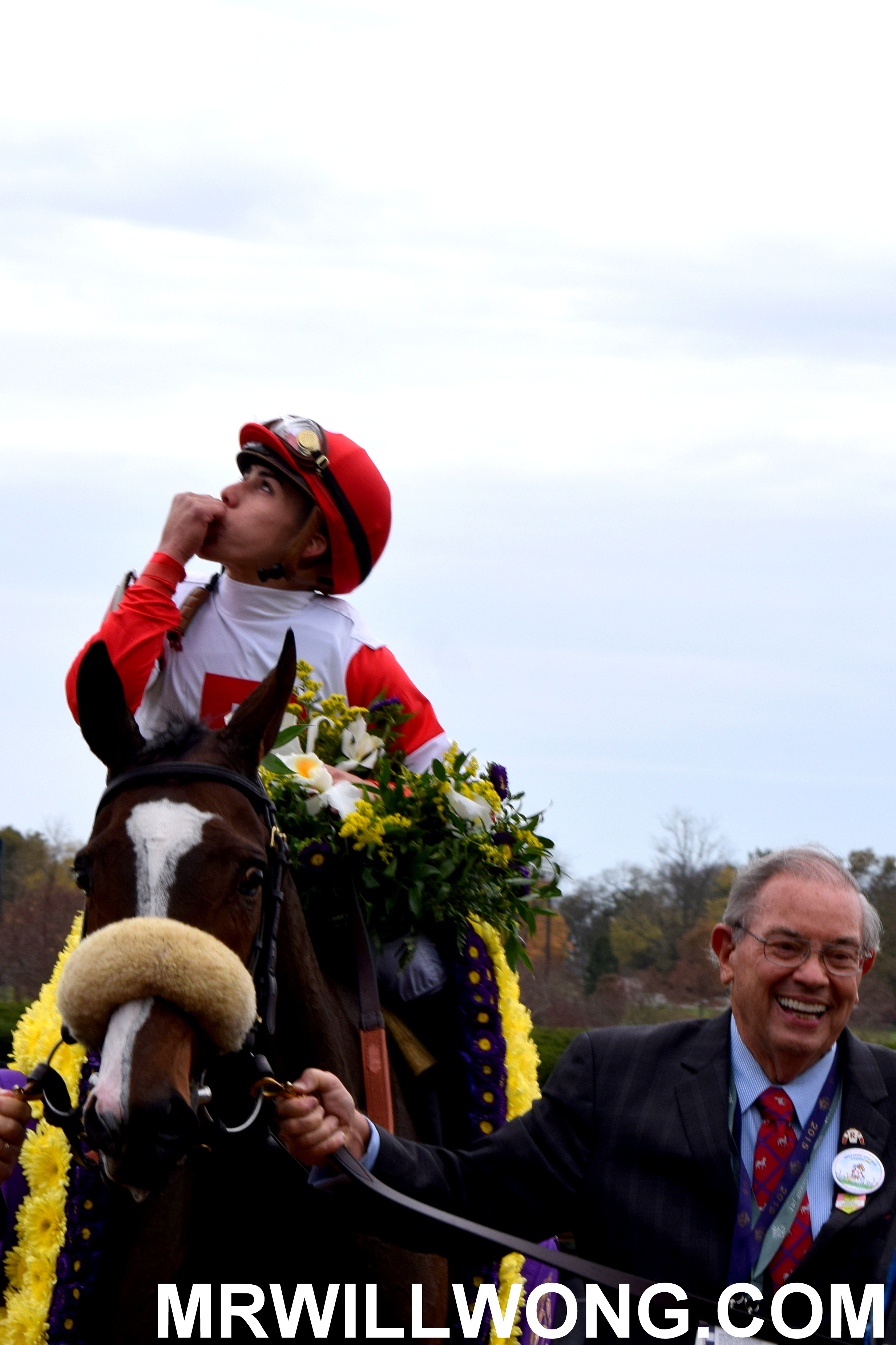 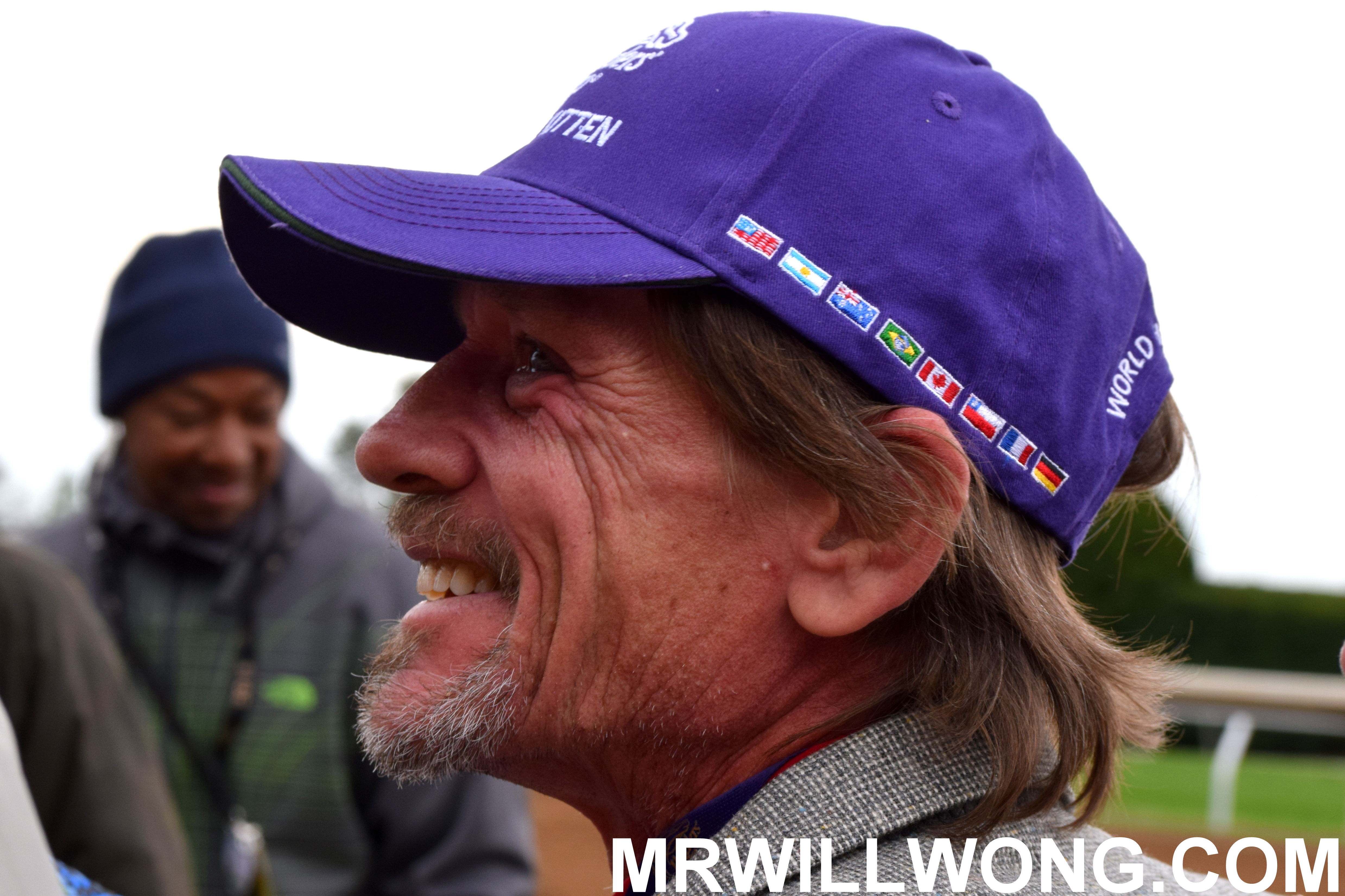 Juvenile Fillies Turf winner Catch a Glimpse of Woodbine enjoying her breakfast and giving us a glance the day after her big win. 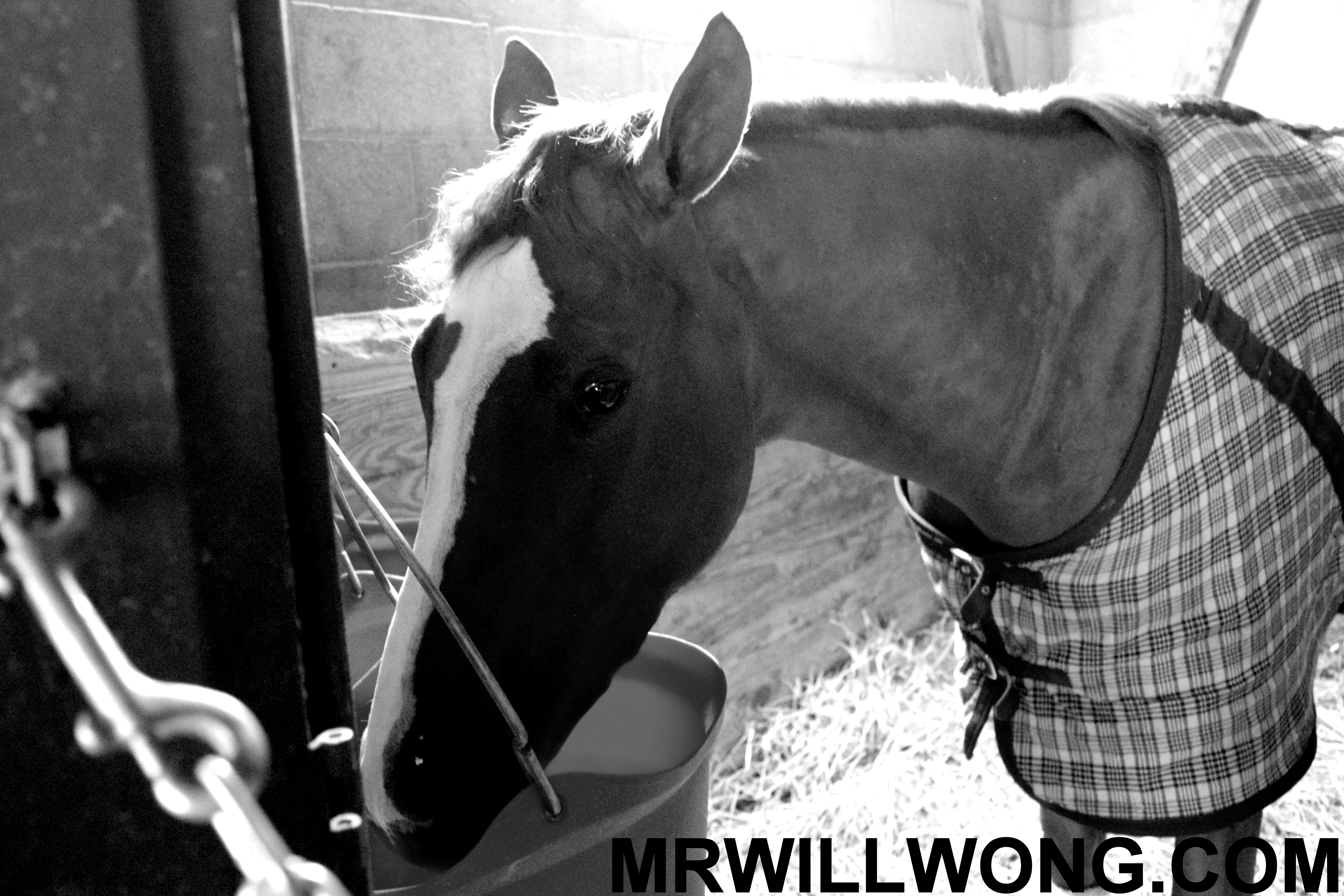 Tepin‘s connections extremely proud after her Turf Mile win over the boys. I’ll pretend like my kiss and hug had nothing to do with it! 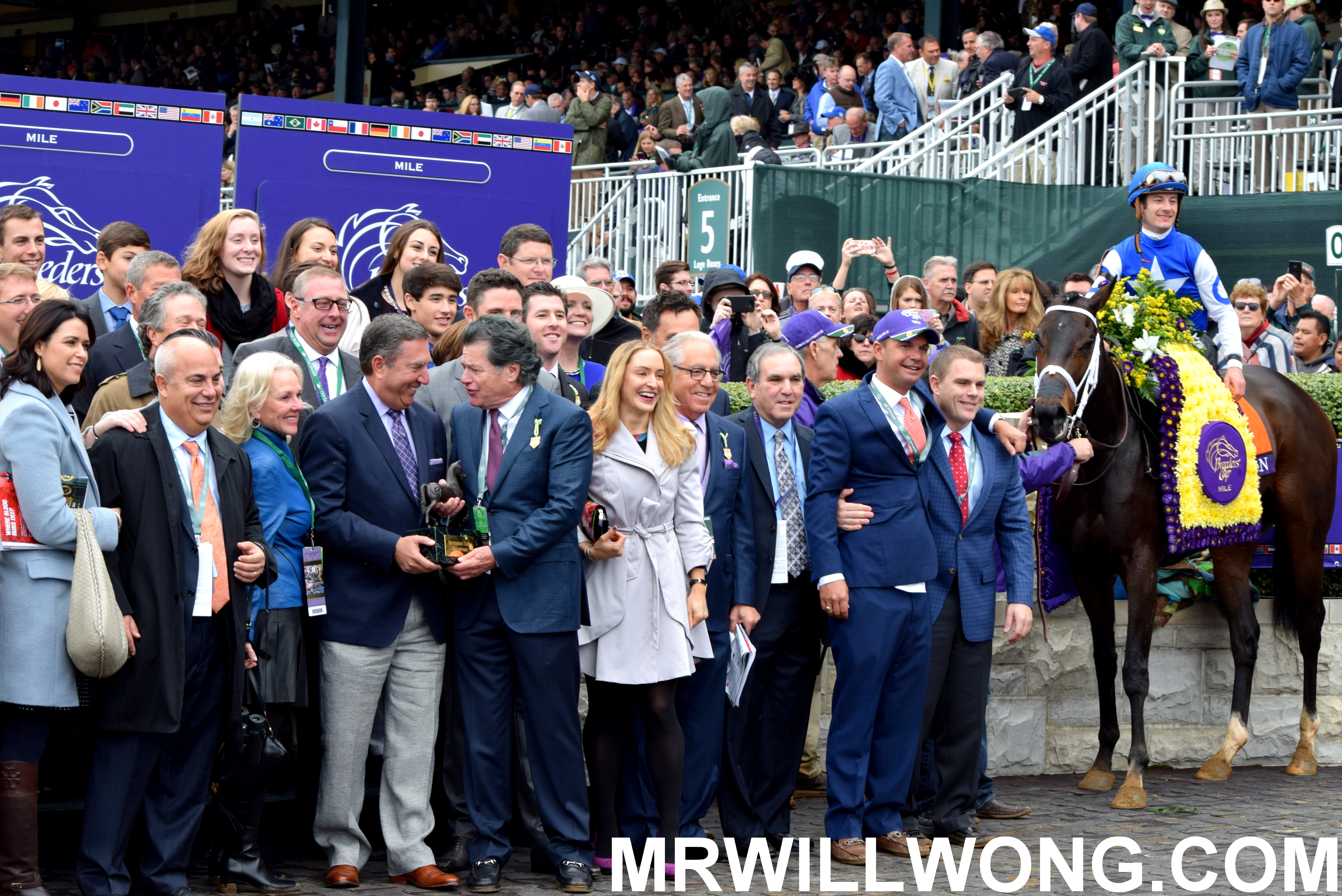 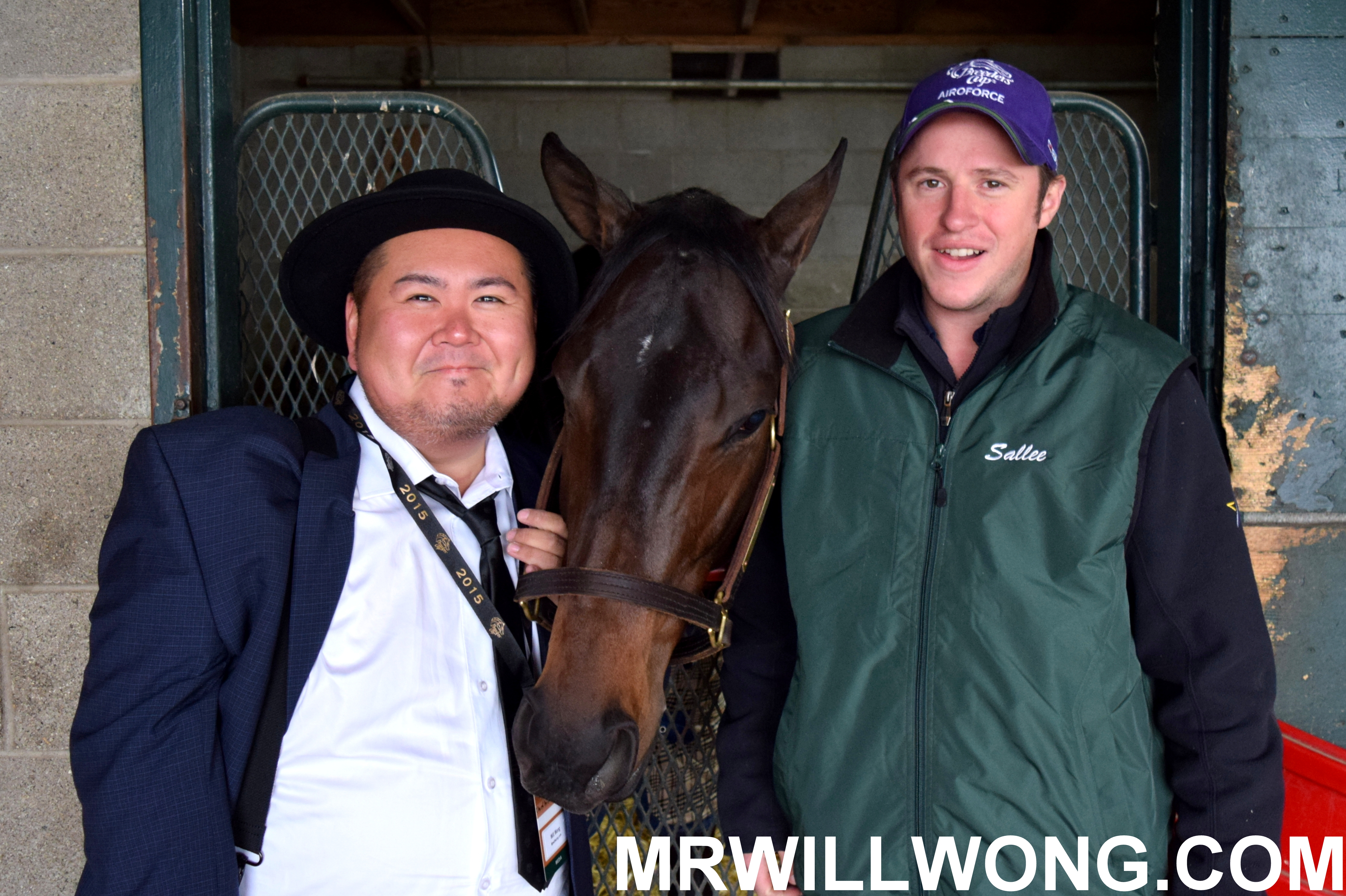 Three-year-old filly Found gives a herculean effort in the Turf Classic, beating the boys, including famed opponent Golden Horn (below). 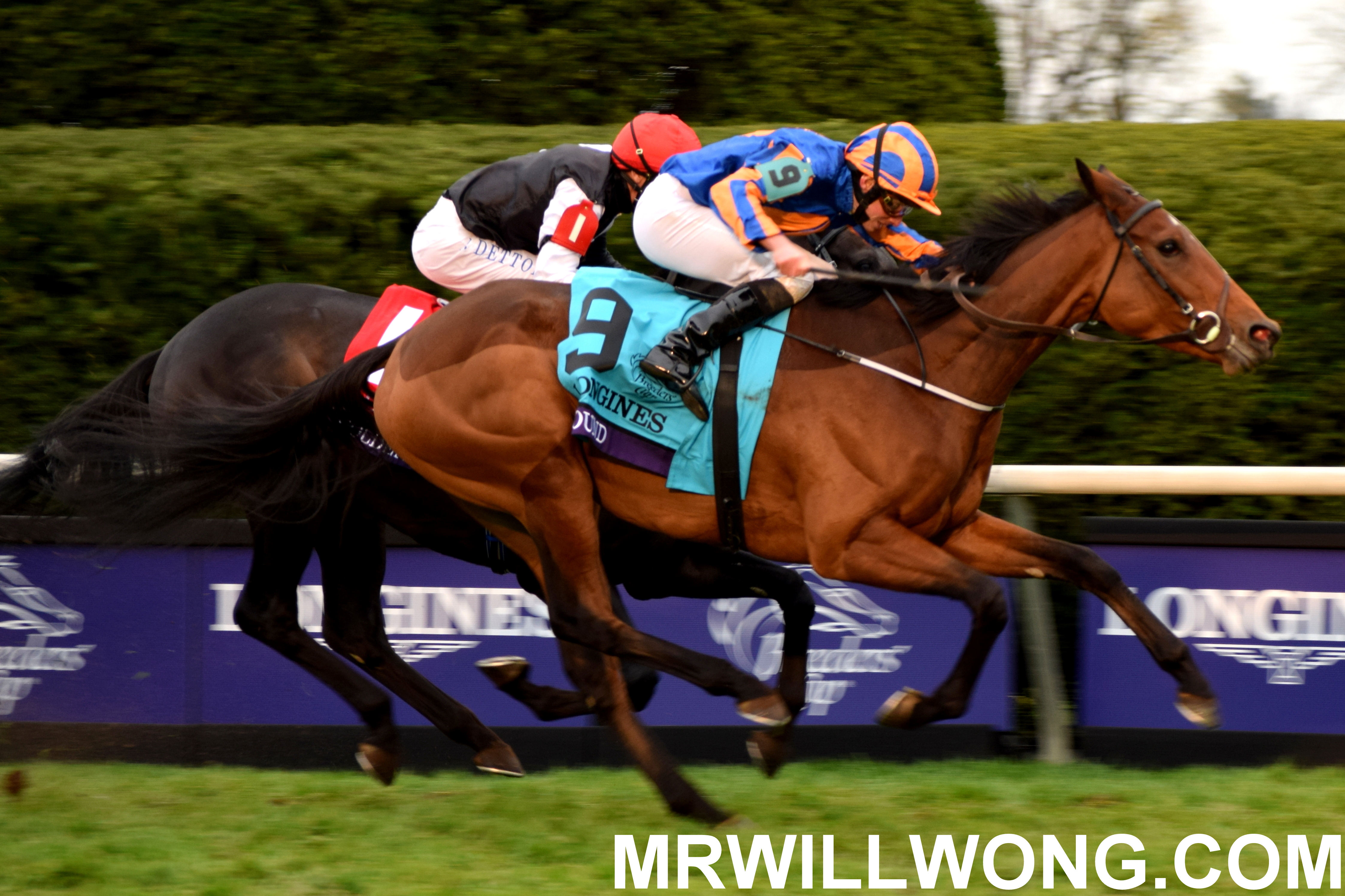 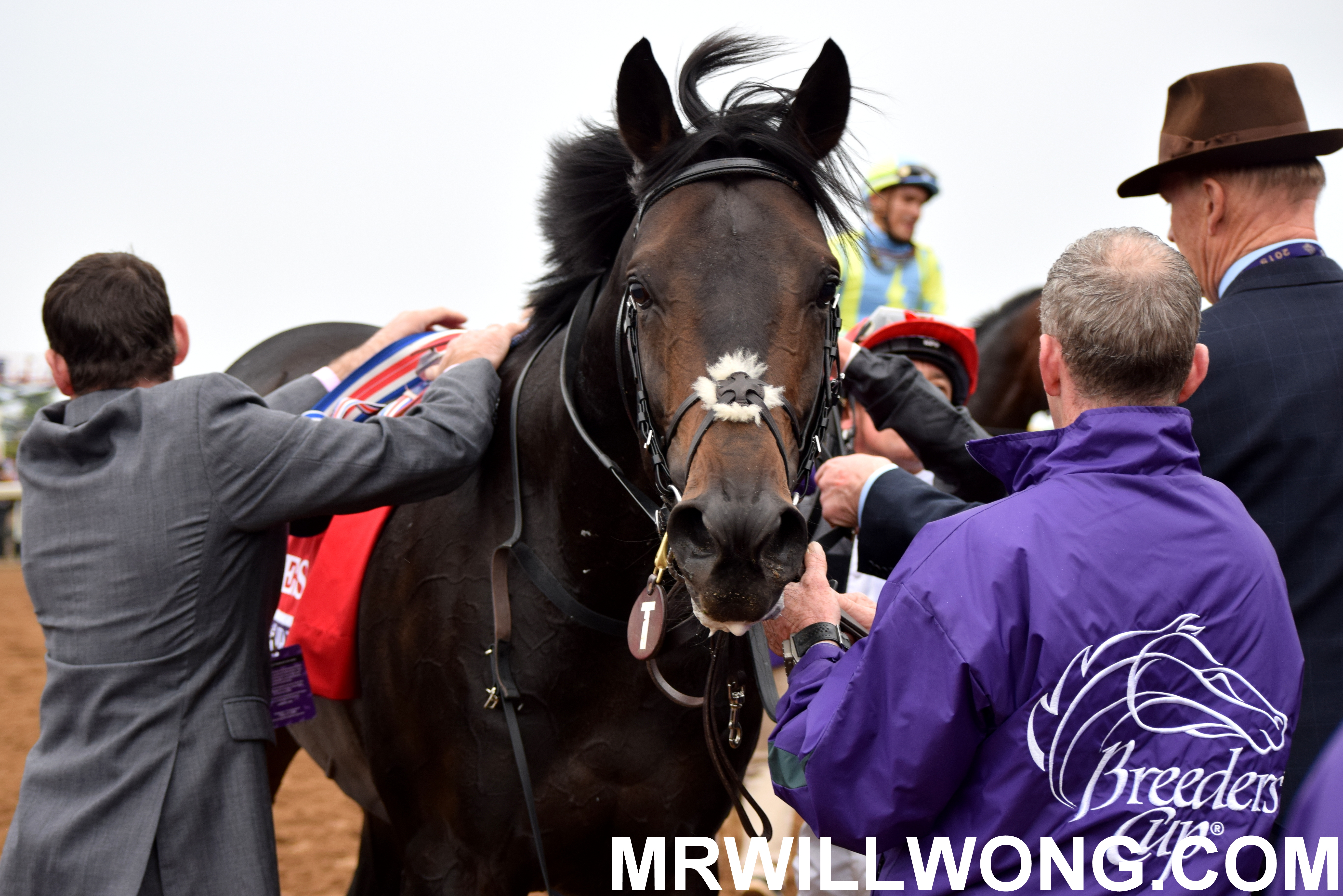 Hit it a Bomb getting some last minute adjustments from phenomenal Ryan Moore before striking in the Juvenile Turf. 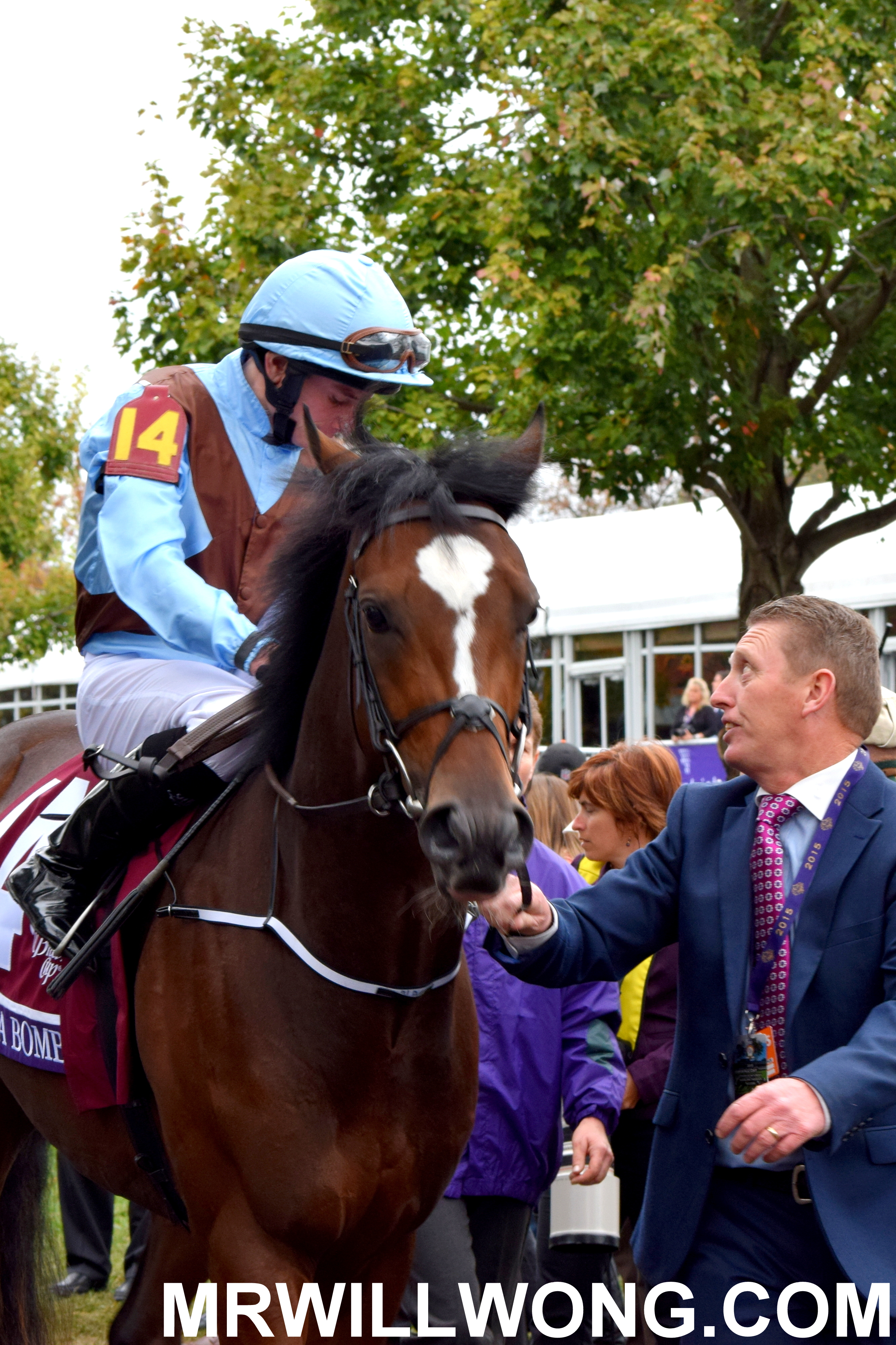 The lovely and sweet Maria Borell trying to contain her tears after star trainee Runhappy wins the Sprint under veteran jockey Edgar Prado. 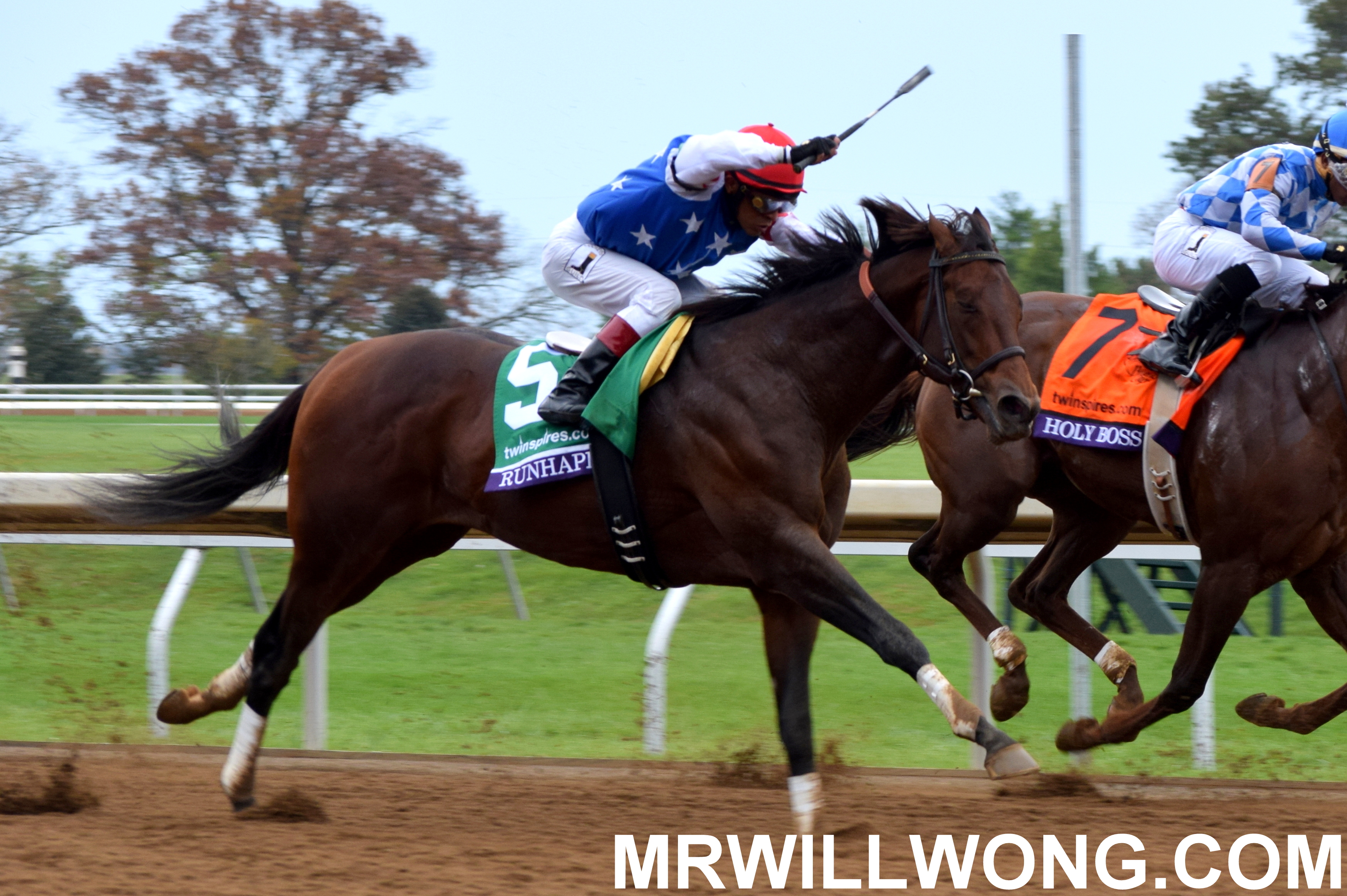 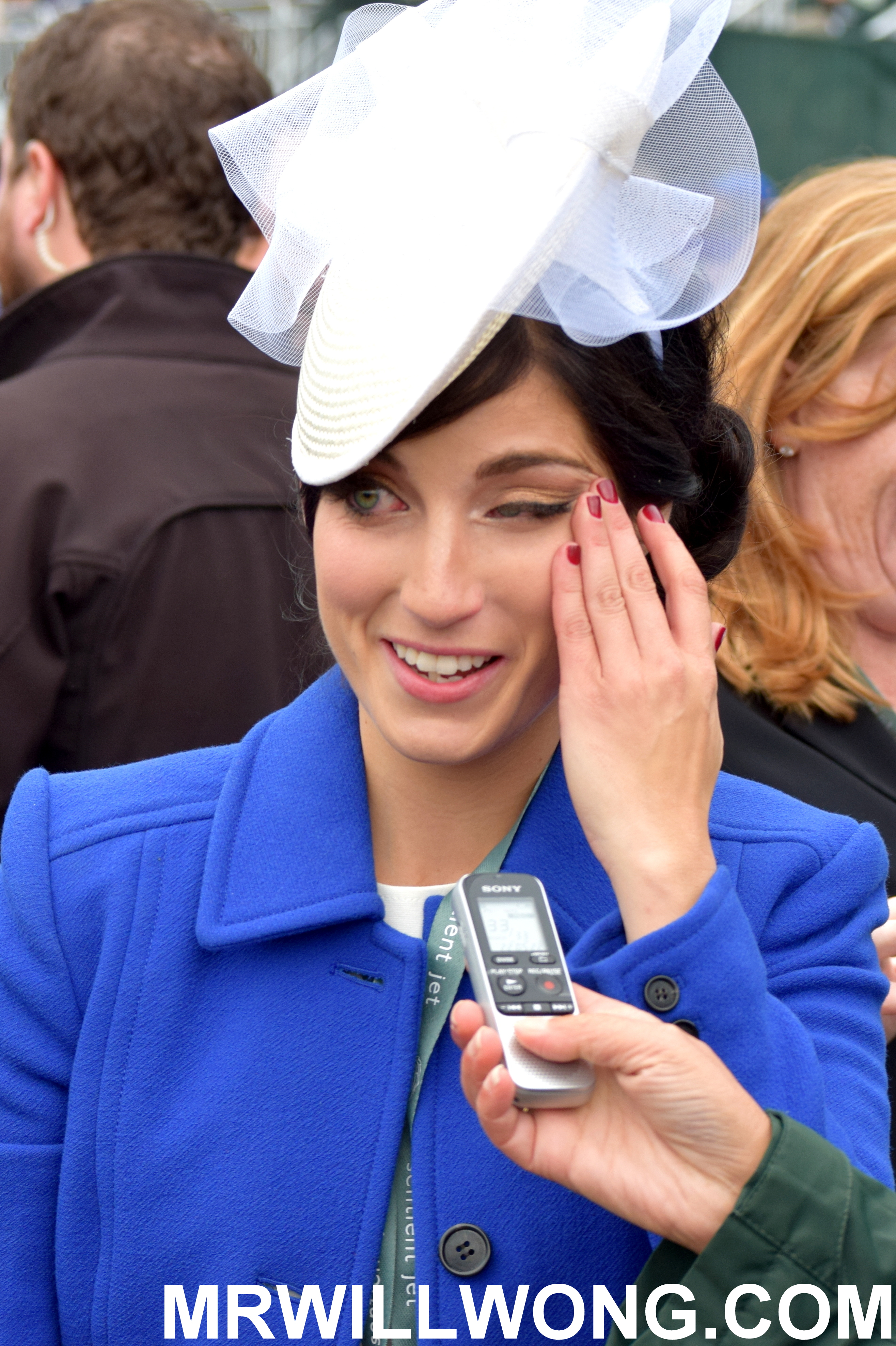 The handsome Liam’s Map mugs for us once more before his retirement following a win in the Mile. 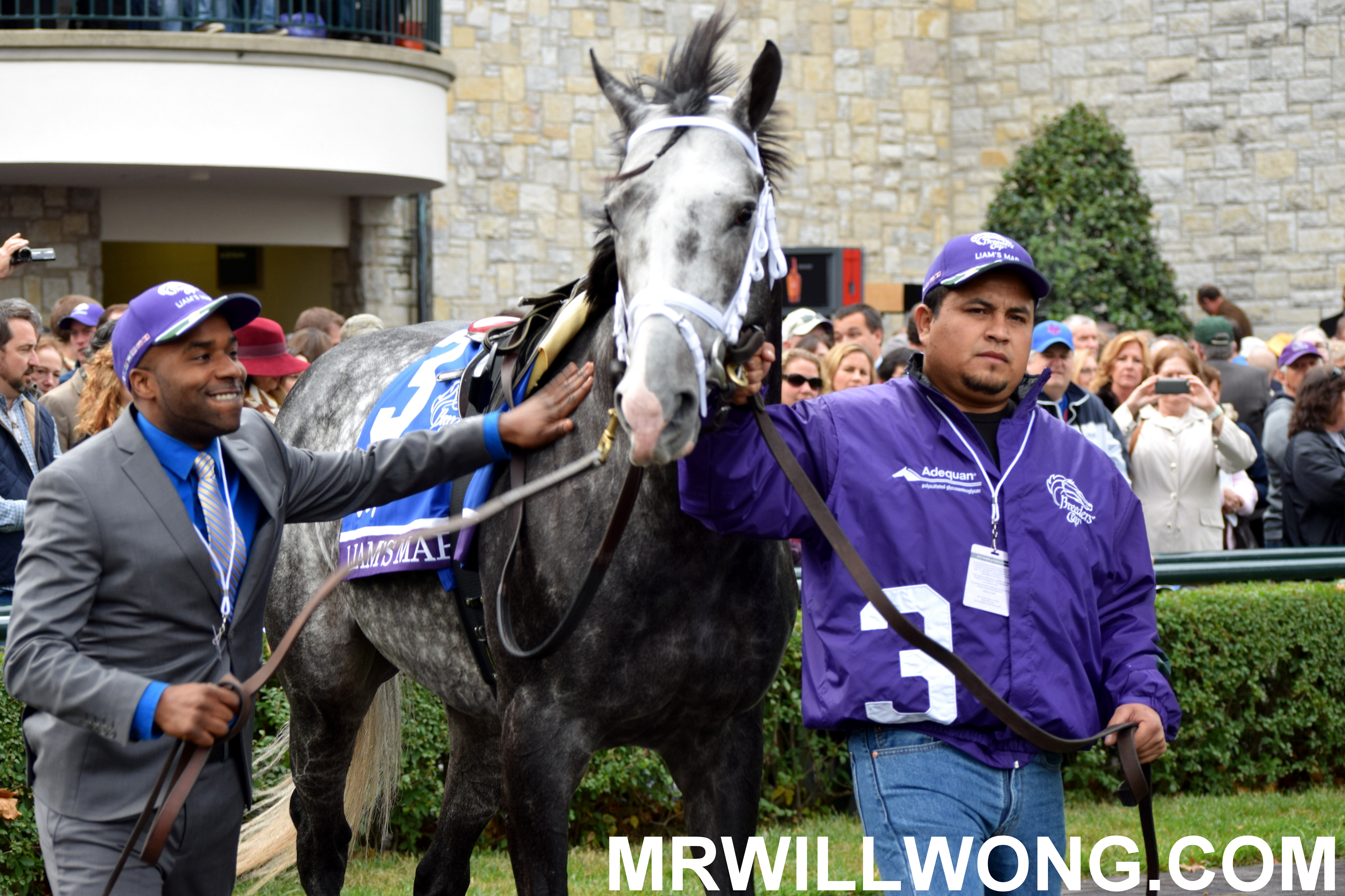 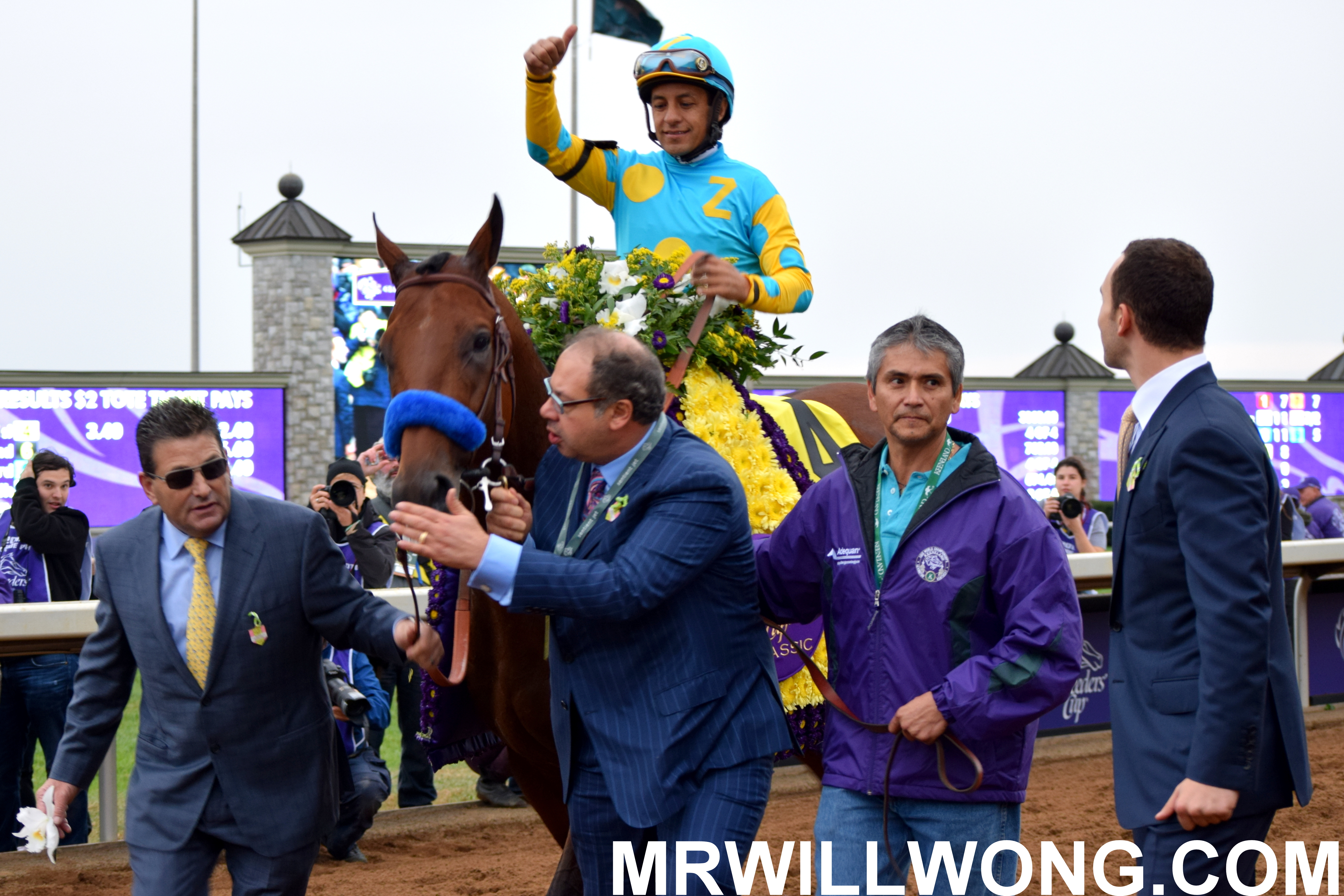 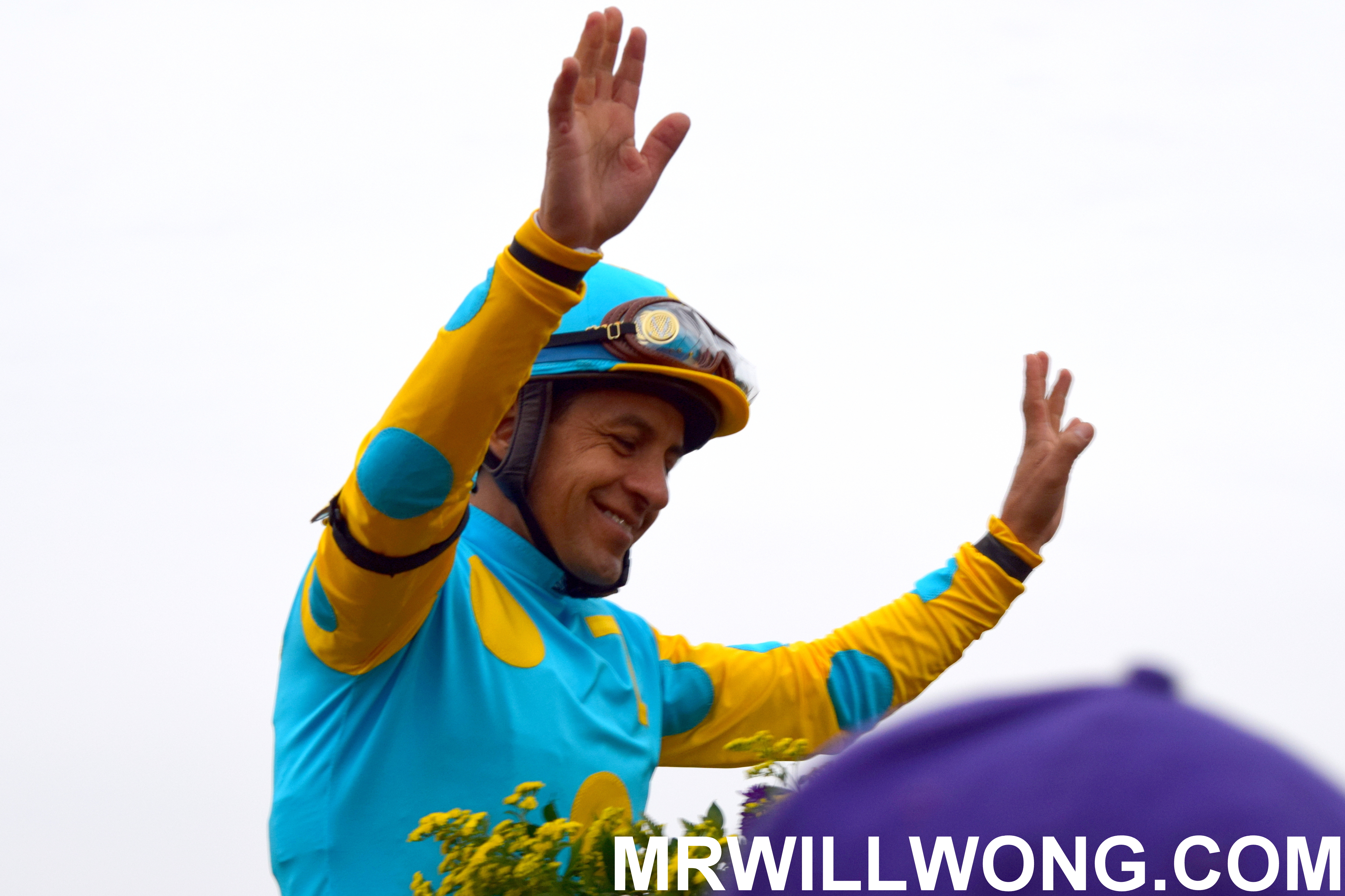 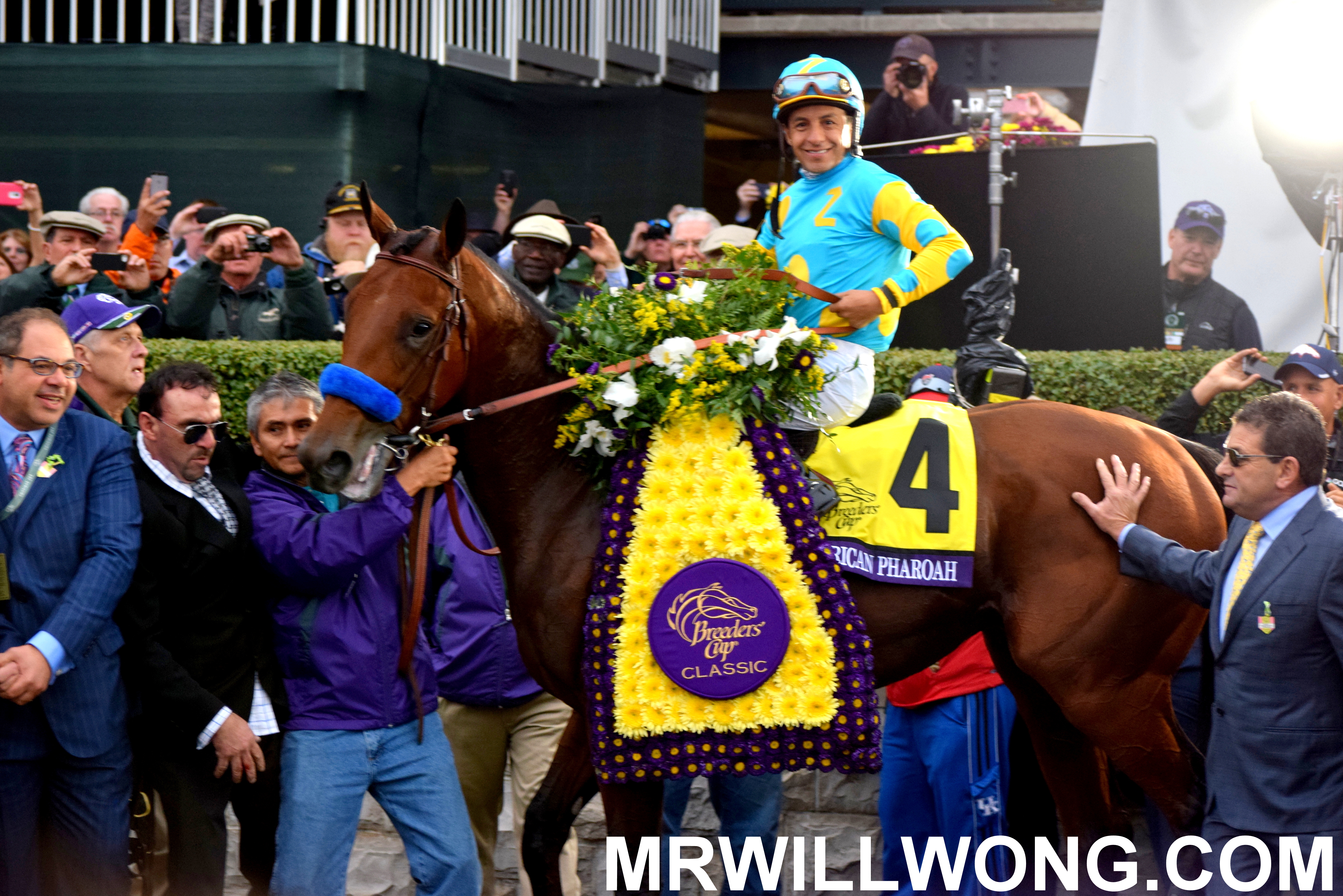 Until next time, Breeders’ Cup! 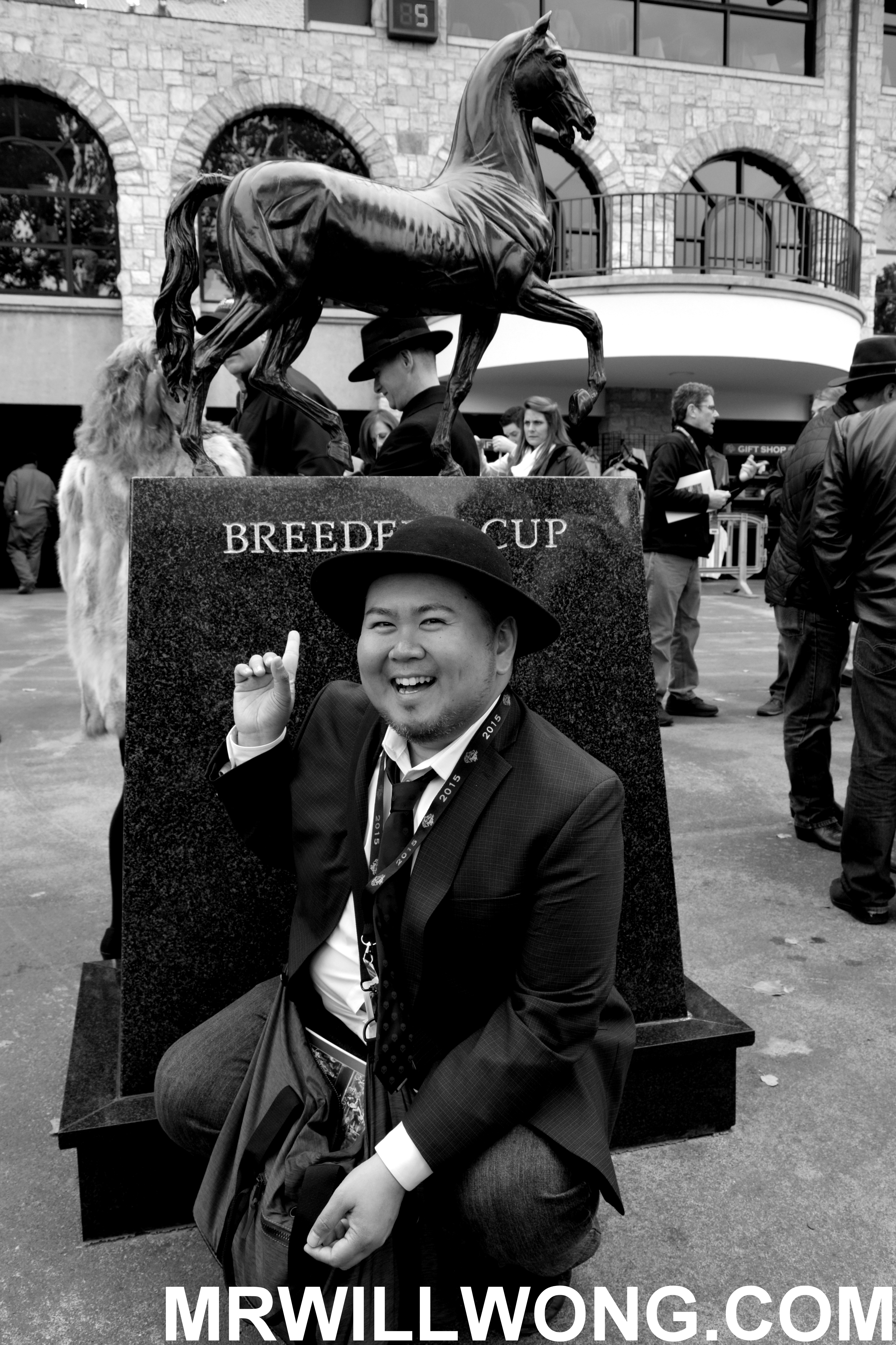