Hello Pritches! It’s been a while since we’ve checked-in with “Princess“.  After an amazing holiday thanks to the wonderful people at Hunter Hill Stables, Princess shipped to Ocala, Florida to being her winter training back in December.  Our girl packed on a few pounds during her break, but already has worked herself into fighting form. And my, how she continues to grow!

Yesterday was Princess’ first serious workout of 2017 and together with some of her stablemates from the John Ross barn, we hear she was pure fire without being asked. In fact, her workout time was quicker than the boys! She very much is confirming our collective suspicion that perhaps she was meant to be a better three-year-old on the track.  Even Woodbine’s very own Dawn Lupul has said this on-air about her and she’s usually right!

We miss Princess lots and thanks to her caretaker Tedston, we are getting updates on her progress.  We’ve been lucky enough to get some snaps of her even.  We last saw her before the Holidays looking plump and furry and in just under two months, she’s looking a sleek vision!

Princess during her holiday, December 2016

I got so ‘curvy’ on the farm! Gonna splurge over the Holidays and get fit in the New Year. Do you have a New Year’s Resolution yet? 🎉

Princess with her godbrother, Billy

Ted who is taking care of me, says I am a ham. Does this mean I am prilicious?!? 🍖 How is my Florida tan looking?? 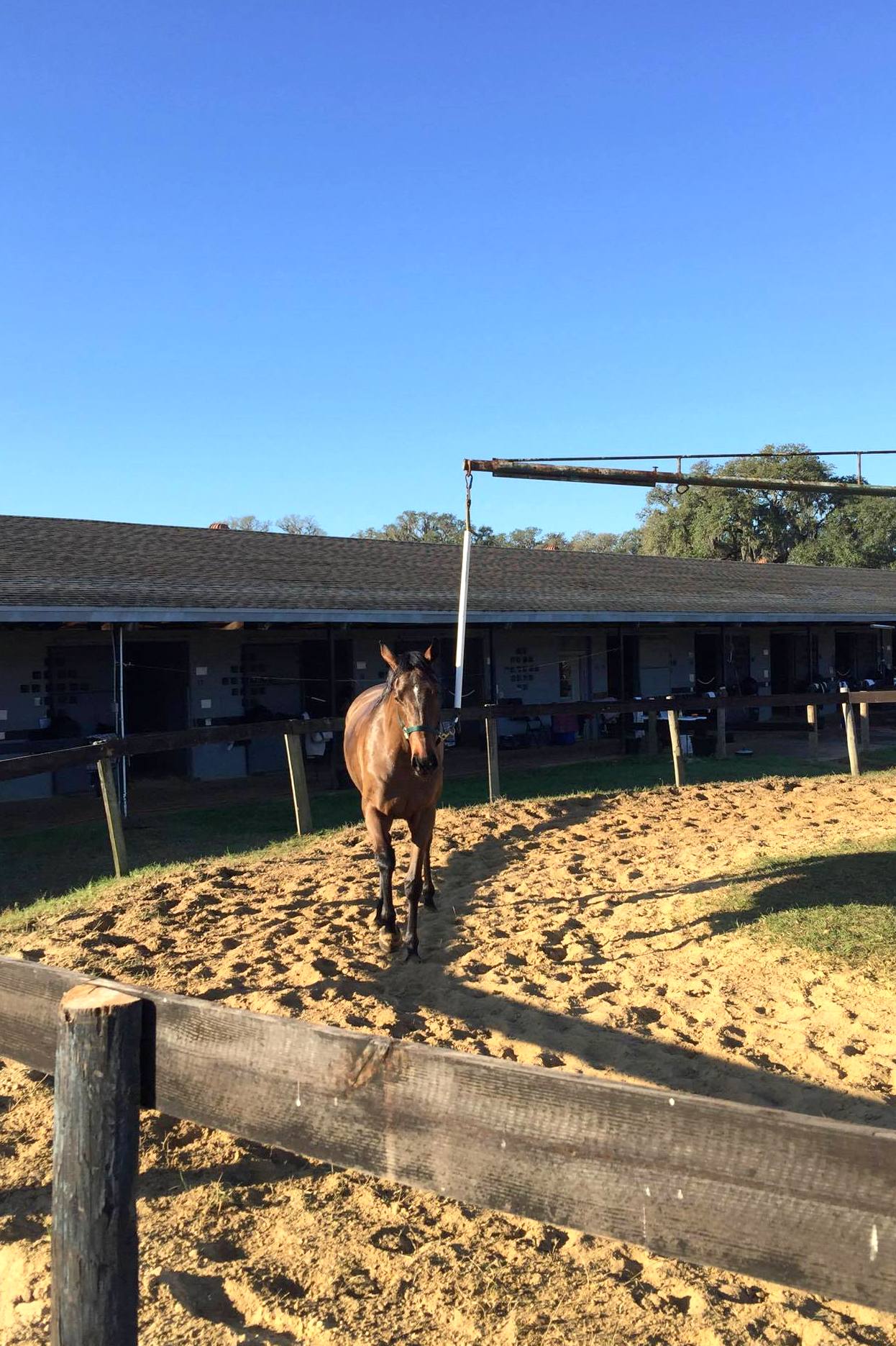 Princess’ mom Cathy is Florida-bound in a couple weeks and will be providing us more updates.  We’re thrilled!

Did you know also that Princess has a full sister named MISS G NOTE who should make her way to the track this year too?