Sony Pictures Home Entertainment Canada and Mr. Will want to give you a chance to win something special, something rare! An official FOXCATCHER Hoodie + Blu-ray!!! For those of you who haven’t yet seen this Oscar-nominated Gem, know that soon you will be able to see it on Home Video!

Eventually, Mark‘s older brother Dave joins as well and moves to the du Pont compound with his young family, but he begins to realize du Pont, who openly bullies and demeans Mark, is showing signs of mental illness. 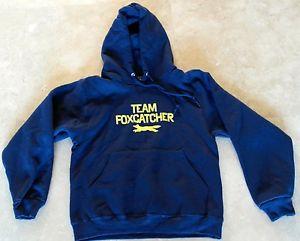 Mr. Will + The Cast of FOXCATCHER: