#FOOD: “HAPA” YET ANOTHER IMPRESSIVE COMPETITOR AMIDST TORONTO’S IZAKAYA CRAZE

After having thrived in Vancouver since 2003, Lea & Justin Ault have made their mark with their Hapa Izakaya.  The  equal-parts Pub and Couture Japanese Cuisine Eatery has the distinction of being voted among the five best of its kind in North America by Bon Appétit Magazine.  Toronto now is lucky enough to have its own Location, timed perfectly with the Izakaya Craze taking over the City of late, including the likes of Mainstay Guu and the superb recent addition, Kingyo.

Hapa sets itself aside from the Competition locally in that it has more Tapas and Fusion-based leanings than others.  Exotic and decadent offerings like Halibut Tacos, Lobster Motoyaki (Lobster and King Oyster Chunks baked in a shell), Salmon Yukke (Salmon Tartare served with Seaweed Tempura Crisps), Crab Cream Croquettes, Foie Gras Sushi and Fried Oysters & Truffle Chips. All were exquisite and not a crumb was wasted.  About six platters for two individuals is about enough.

Cocktails also were fantastic.  The Wasabi Caesar tantalized and excited the taste buds, and Raspberry-flavoured Hello Kitty was refreshing, coming highly-recommended by Staff.  Pricing and size is reasonable, dishes (each shareable up to four) averaging approximately $8-$12, same for Cocktails. 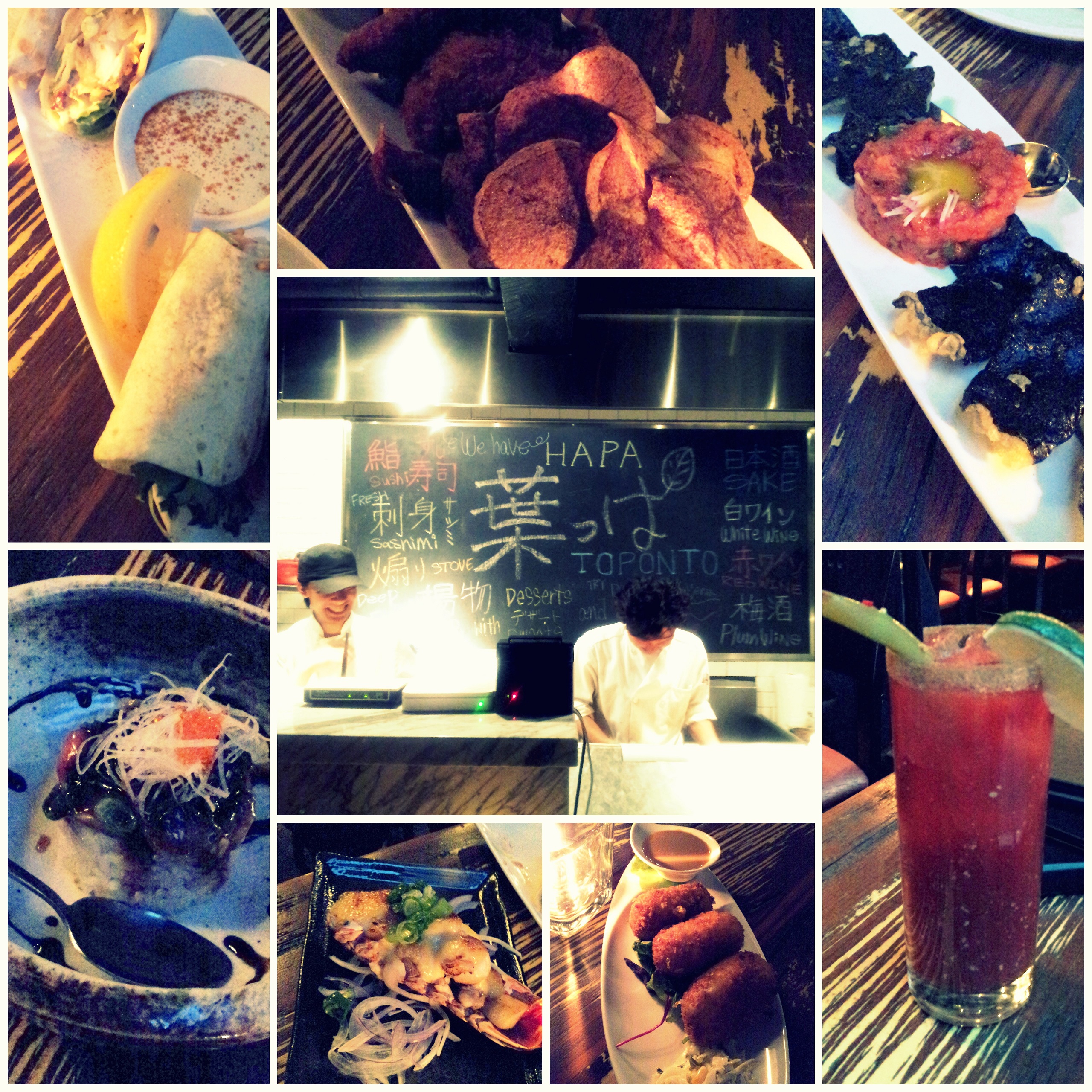 Offerings change daily and it’s best perhaps to check in advance prior to visiting.  Click here for more.