Great news, Toronto!  The 2014 Canadian Screen Awards are soon set to take place and this is your chance to be involved and  meet some Stars!

In celebration of the Awards, Fans will have the chance to vote in the Category of Fan’s Choice Award for their favourite Canadian Screen Star  and they can do so here!  The Winner will be unveiled Awards Night.

If that wasn’t awesome enough, Fans also will get a chance to meet some Stars at Toronto’s Eaton Centre on Saturday, March 8, 2014 where a FANZONE will be set-up. Get some Autographs, ask for a Photo Mr. Will-Style! Although the time is still yet to be confirmed, you can follow The Academy  here on Twitter.  Complete List of Names to appear are here.

Lastly, you can register now to attend the 2014 Canadian Screen Awards. It’s absolutely free and you can sign-up here.  Don’t be shy.  What more exciting could you be doing that night? 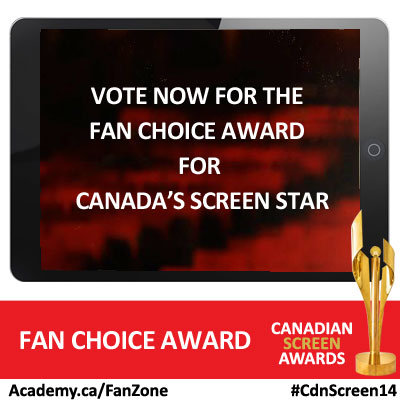 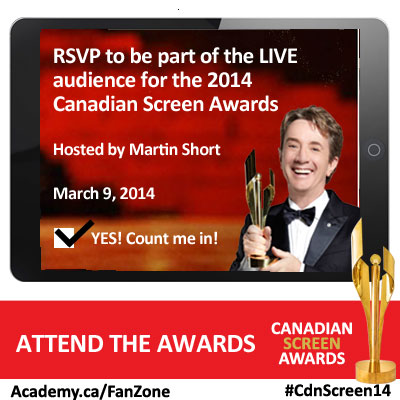