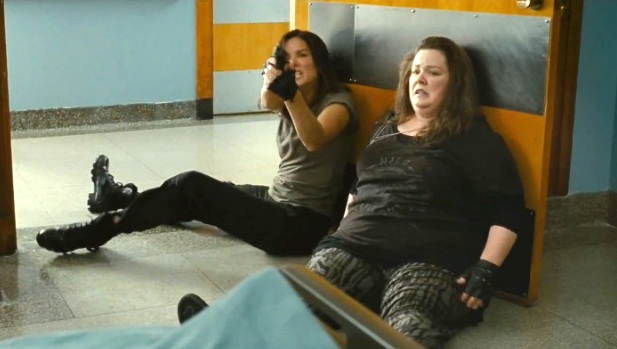 Winner! Nobody plays a stern Enforcer of the Law like Sandra Bullock and when you pair her with the comedic Genius that is Melissa McCarthy, the results are explosive!  At least they are at the 1:41 mark of this Trailer for The Heat where it is ever apparent that America’s two Sweethearts had like the best time ever filming this.  The Action-Comedy centers around a Special Agent (Bullock) who teams-up with a Cop (McCarthy) to take-down a Drug Lord.  Personalities clash, of course.

Bridesmaids Director/Actor/Producer Paul Feig brings-it yet again here and I’ll admit that I couldn’t stop laughing.  McCarthy sorta reprises that tough-talking, rough-’em-up sass we saw in the mentioned last Collaboration with Feig and one cannot deny that there are several familiar parallels between this Character and the beloved role she played in Miss Congeniality 1 & 2.  Females, feisty and fun – three things we love!