#FIRSTLOOK: “ORANGE IS THE NEW BLACK” SEASON 2 STREAMS THIS FRIDAY!

If there was any doubt that the second season of Netflix‘s ORANGE IS THE NEW BLACK lives-up to the promise, then let those fears be alleviated.  Black certainly is back and with days left till the release of its new Season, here’s a friendly reminder that you can cancel your weekend plans right now because you will be hooked right from the get-go.

Attending a Screening of the first two episodes of Season Two tonight atop TIFF Bell Lightbox, my jaw dropped to learn that Academy Award-winning Actress Jodie Foster helmed the first episode.  Without giving anything away, you will be floored by the performances which many would agree were stepped-up a notch.  Taylor Schilling continues to wow and those of us who fell in love with breakout actress Danielle Brooks will find plenty to love about Taystee‘s new character developments.

Some Snaps from the night, including some Series-inspired Cocktails, which were phenomenal: 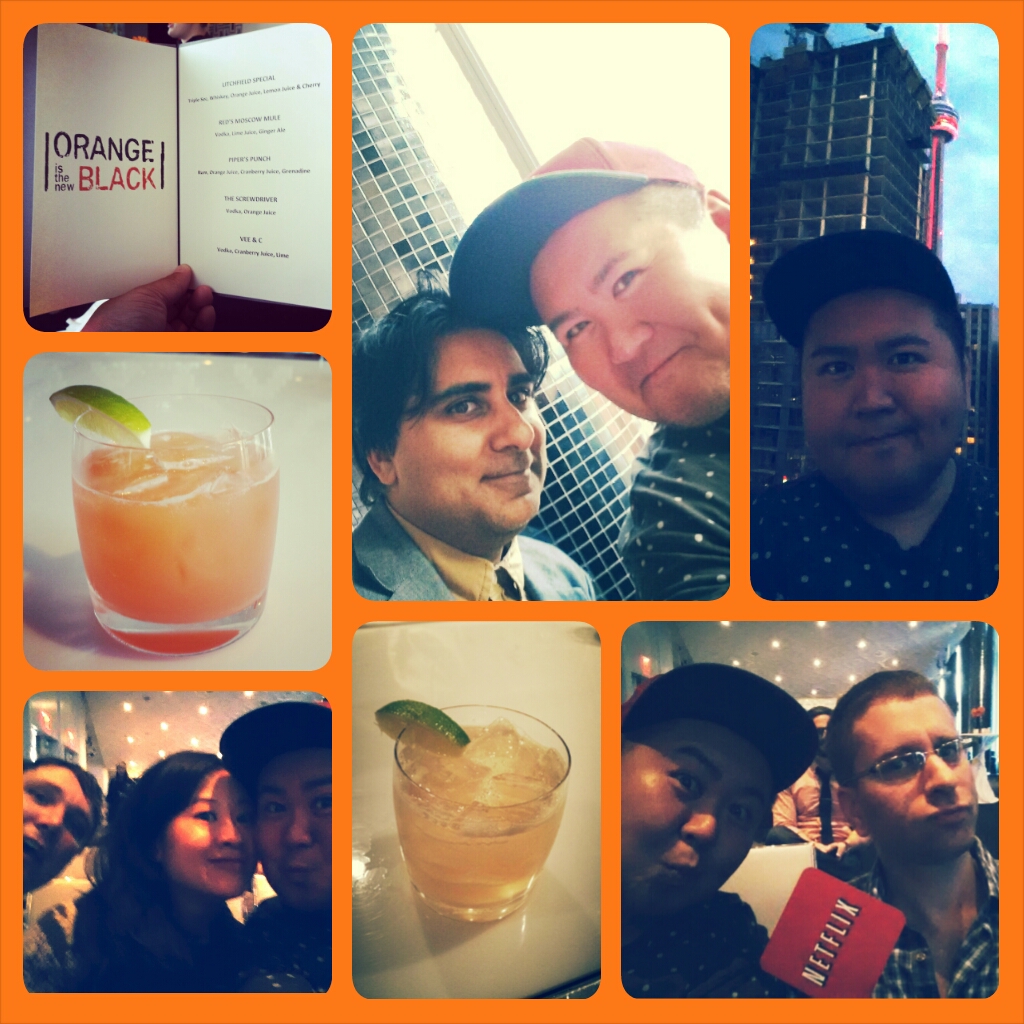