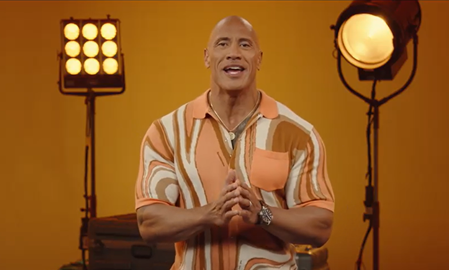 It doesn’t get any bigger than this! Dwayne THE ROCK Johnson is set to visit Toronto for the Canadian Premiere of BLACK ADAM this October!

Warner Bros. Pictures Canada announced today that global superstar Dwayne Johnson will visit Toronto this October to celebrate the release of his upcoming DC film, BLACK ADAM. Johnson revealed via a special video message that ‘The Rock will return to Toronto, his home away from home’ later this year to share BLACK ADAM with Canadians in advance of the film’s theatrical release on October 21, 2022.

News of Johnson’s return to Toronto was first shared by FAN EXPO Canada as part of an exclusive partnership to thank and surprise die-hard Canadian pop culture fans that attended this year’s massive convention. Additional details of Johnson’s monumental visit will be revealed in the coming weeks by Warner Bros. Pictures Canada. Fans are encouraged to follow @WarnerBrosCA and @FANEXPOCanada on social media for details on how they can join Dwayne Johnson at this electrifying event.