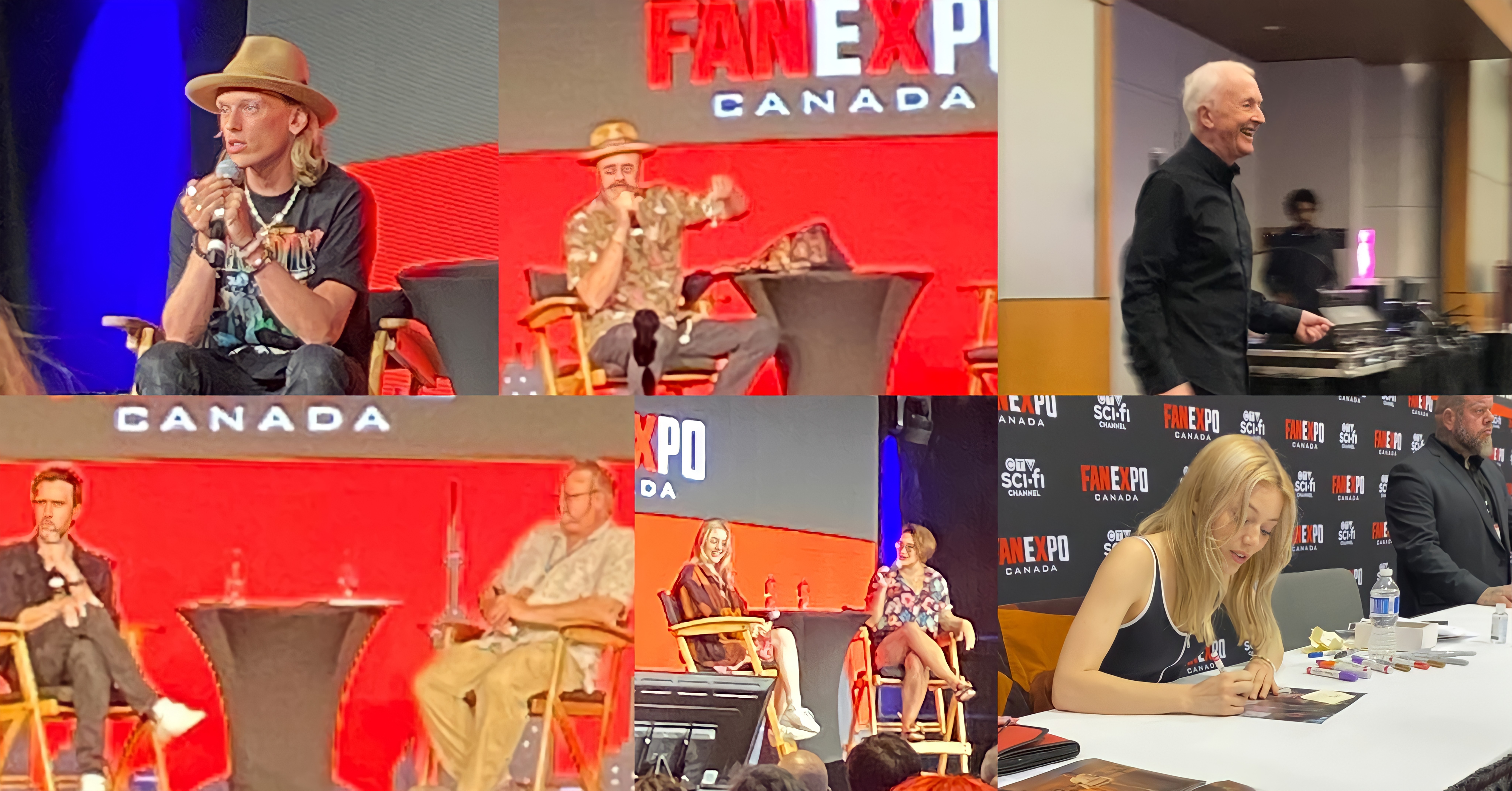 Fan Expo Canada is back and bigger than ever! The Pandemic may have held us back for a bit, this edition of Fan Expo is here to remind us all exactly what we’ve missed. Running through August 28, 2022 at Metro Toronto Convention Centre, this celebration of Fandom unites fans of all genres together under one roof by the hundreds of thousands. And for good reason. The celebrity guest list this year is unreal!

Cast members of The Lord of The Rings, Clerks, Stranger Things, The Boys, Sons of Anarchy all are slated to appear, reniting for panels, photo ops and autograph sessions in the North Building. All for the fans! Photo Ops for Stranger Things’ Joseph Quinn who plays Eddie Munson on the popular Series, sold-out rather quickly and he certainly was the hot ticket this year. You cannot miss the Hall of Horrors where you can sit and listen to panels from your favourite name in Horror, and also and Tattoo Alley where you can get tatted!

Above this, there are so many cool activations to be seen including set-ups in the South Building by the likes of Bandai Namco, Studio Ghibli, Genshin Impact, Bell Esports Challenge, Nintendo Switch, TikTok, WhatNot and more! There are photos to be taken, prizes to be won and things to take home! And don’t forget to visit Artist Alley for a chance to meet and get commissioned pieces by some of your favourites. So many cool vendors and hard-to-find items throughout!

Check out my Highlight Reel. You cannot miss this and here’s why!

Tina Chan is a special contributor for us this year and here’s some highlights from the most buzzed Panels of Fan Expo Canada 2022!

The Stranger Things star revealed at her Panel that she officially came-out as Queer when she was 20 after being asked on a date and realizing that she had the power to say “yes”, and learned to accept her sexuality. When asked about whether or not she sees herself as an extrovert, she told the audience that she actually thinks she’s anti-social.

On what won her the coveted role of Chrissy Cunningham on the Series, the daughter of Actor Casper Van Dien says, “The Duffer Brothers said I was the only one who played Chrissy sweet. Everyone else played her mean in their auditions”.

Fun Fact: Van Dien revealed that she idolizes Paul Newman. Her favourite Movie is Butch Cassidy and the Sundance Kid.

The Harry Potter star who unfortunately had to cancel last year, was able to make it to the City for Fan Expo Canada 2022. Lewis tells fans at his Panel that getting into the role of Neville Longbottom wasn’t too tough as he truly related to him saying, “I got it cause I went through it”.

The Star Wars Actor known best for playing C-3PO has the unique distinction of having starred in all nine Star Wars films. Daniels tells fans at his Panel that during the first ever Star Wars Film, “I’d been rehearsing in the studio for six months while they made the costume. I felt special and I felt like a star the first time I put the costume on.”.

Fun Facts: C-3PO’s microphone is actually wired towards his butt. And his favourite of all Star Wars films would be Star Wars: Episode IV – A New Hope.

The Guardians of the Galaxy star who plays Yondu has an obsession with Wunderbars and was “wundering” if these were a Canadian thing. He also vows to try everything Canadian this weekend and at his Panel tried Canadian Smarties, Wunderbar, Aero and Kit Kat. Rooker definitely wasn’t impressed by Coffee Crisp, describing them as “Kind of hard and dry, and it doesn’t taste like coffee at all!”.

This Stranger Things star certainly is no “stranger” to Toronto having filmed The Mortal Instruments: City of Bones here. Campbell Bower who plays Vecna on the Series, professed “I love my job and I’m a fucking nerd!”. On how lucky he is to have landed this role, he says humbly “It could’ve been anyone and the writing is exactly the thing that made the Show”. He also describes the several hours a day in costume/make-up as being “very intense”. He adds, “I would find myself crying in the middle of the night saying ‘Papa please, Papa please….”.

Fun Fact: If Vecna were to order something at Starbucks, it would be, per Campbell Bower, “A venti Salted Caramel Cream Cold Brew with extra foam”!

Sharing some of our own Snaps! One of our favourite events of the year, every year!

Also, some amazing Cosplay for you to enjoy!

It’s not too late to get tickets still for Fan Expo Canada 2022! More here.

Click here to cancel reply.
#BOXOFFICE: “THE INVITATION” ARRIVES ON-TOP
#FIRSTLOOK: THE CNE IS BACK!