eOne Films + Mr. Will want to take you to see yet another amazing Awards season contender, CAROL.  Screenings take place in Toronto, Vancouver (19+ only) on Thursday, December 10, 2015. Ottawa, Halifax, Calgary, Edmonton, Winnipeg and Victoria have their screening on Monday, December 14, 2015.

In an adaptation of Patricia Highsmith’s seminal novel The Price of Salt, CAROL follows two women from very different backgrounds who find themselves in an unexpected love affair in 1950s New York. As conventional norms of the time challenge their undeniable attraction, an honest story emerges to reveal the resilience of the heart in the face of change. A young woman in her 20s, Therese Belivet (Rooney Mara), is a clerk working in a Manhattan department store and dreaming of a more fulfilling life when she meets Carol (Cate Blanchett), an alluring woman trapped in a loveless, convenient marriage. As an immediate connection sparks between them, the innocence of their first encounter dims and their connection deepens. While Carol breaks free from the confines of marriage, her husband (Kyle Chandler) begins to question her competence as a mother as her involvement with Therese and close relationship with her best friend Abby (Sarah Paulson) come to light. 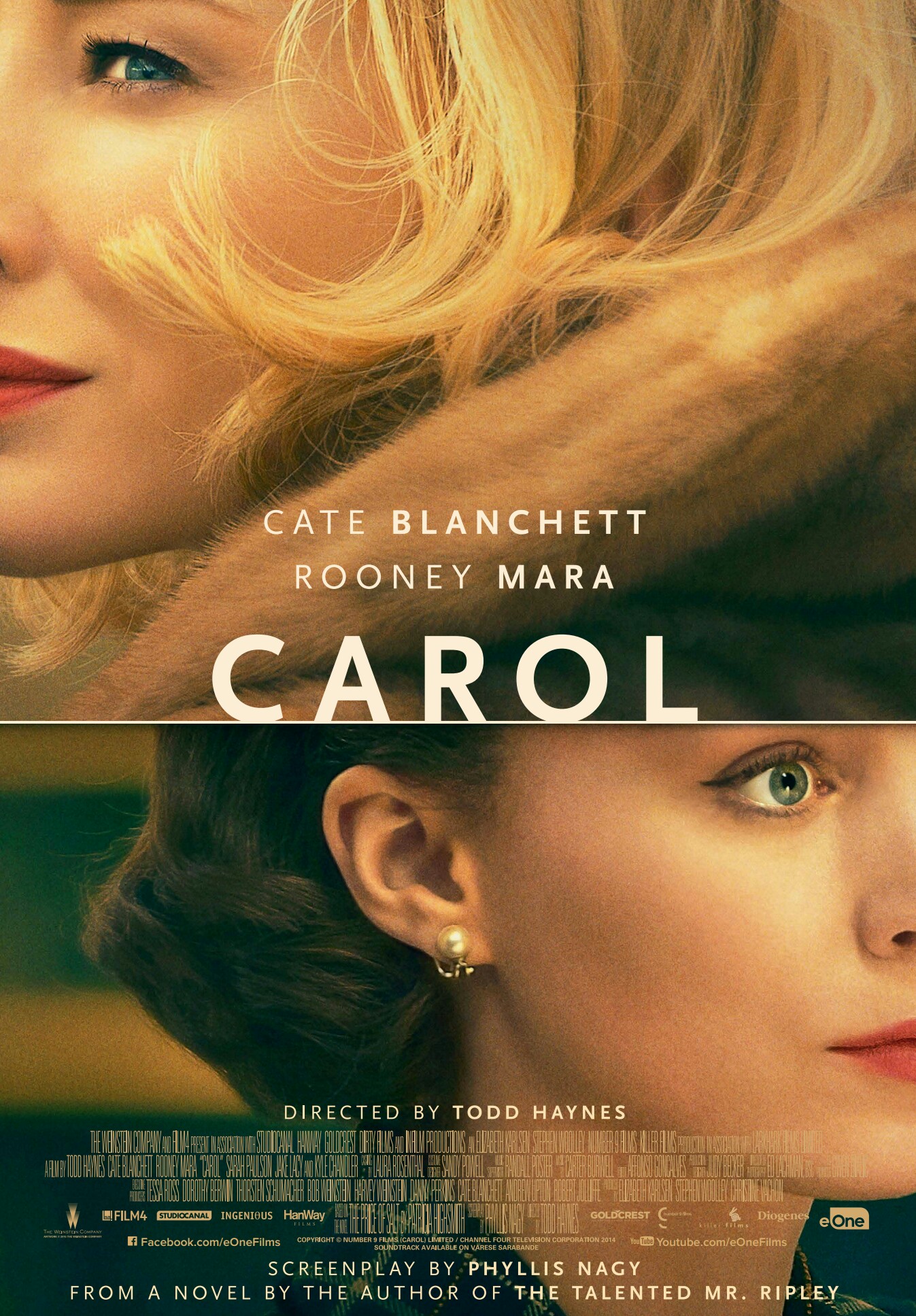 eOne Films release CAROL on Friday, December 11, 2015 in Toronto, Montreal and Vancouver. It gets released on Christmas Day in Victoria, Edmonton, Calgary, Winnipeg, Halifax and Ottawa.