#GIVEAWAY: ENTER FOR A CHANCE TO WIN ADVANCE PASSES TO SEE “DISNEY’S ALADDIN”

Screenings take place in Vancouver, Calgary, Edmonton and Ottawa on Wednesday, May 22, 2019.

Synopsis:
A thrilling and vibrant live-action adaptation of Disney’s 1992 classic, “Aladdin” is the exciting tale of the charming street rat Aladdin, the courageous and self-determined Princess Jasmine and the Genie who may be the key to their future. Directed by Guy Ritchie, who brings his singular flair for fast-paced, gritty, visceral action to the fictitious port city of Agrabah, “Aladdin” is written by John August and Ritchie based on Disney’s “Aladdin.” The film stars Will Smith; Mena Massoud; Naomi Scott; Marwan Kenzari; Navid Negahban; Nasim Pedrad; Billy Magnussen; and Numan Acar. “Aladdin” is produced by Dan Lin, p.g.a., and Jonathan Eirich, p.g.a., with Marc Platt and Kevin De La Noy serving as executive producers. Alan Menken provides the score, which includes new recordings of the original songs written by Menken and lyricists Howard Ashman and Tim Rice and new music written by Menken and songwriters Benj Pasek and Justin Paul. 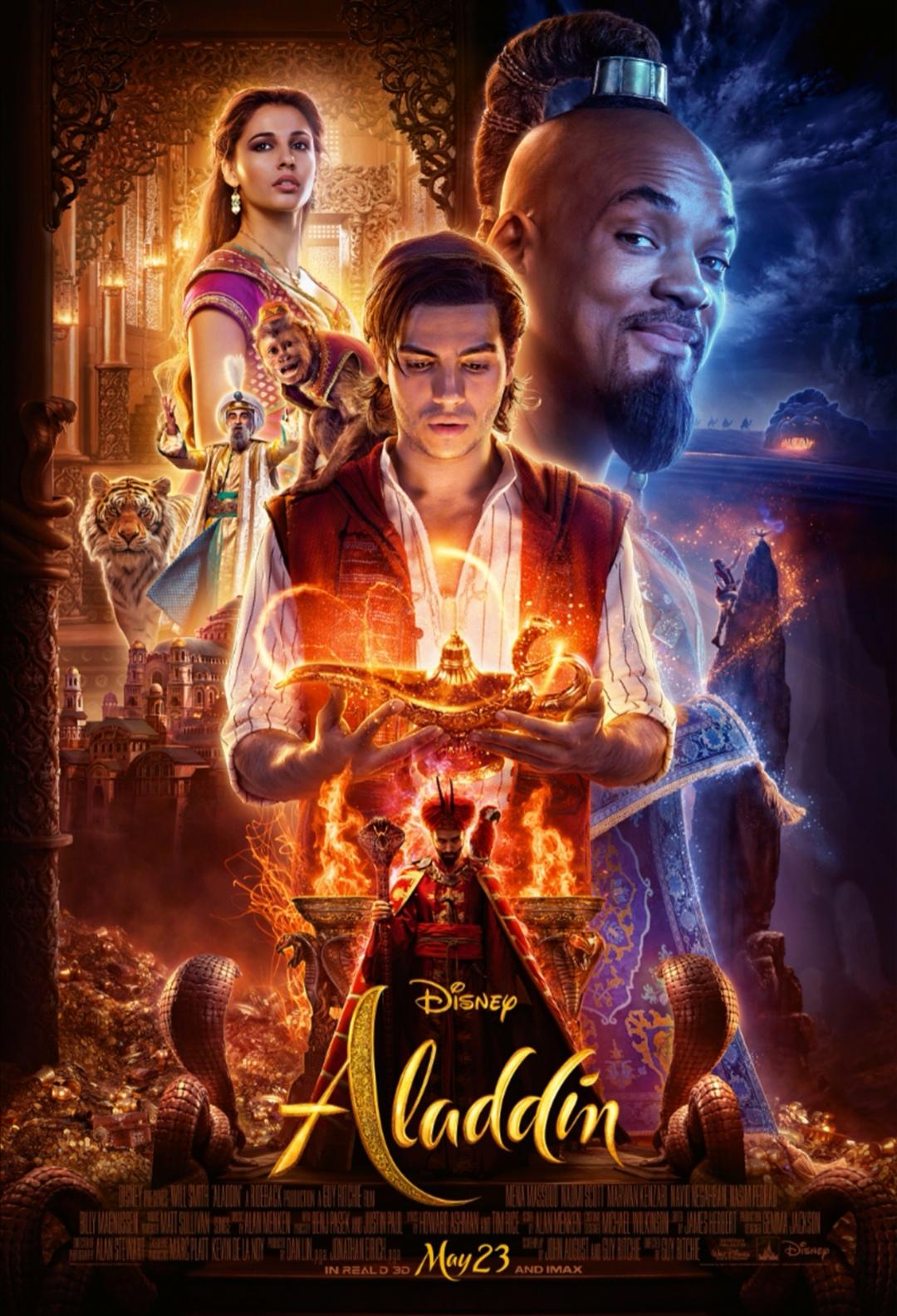