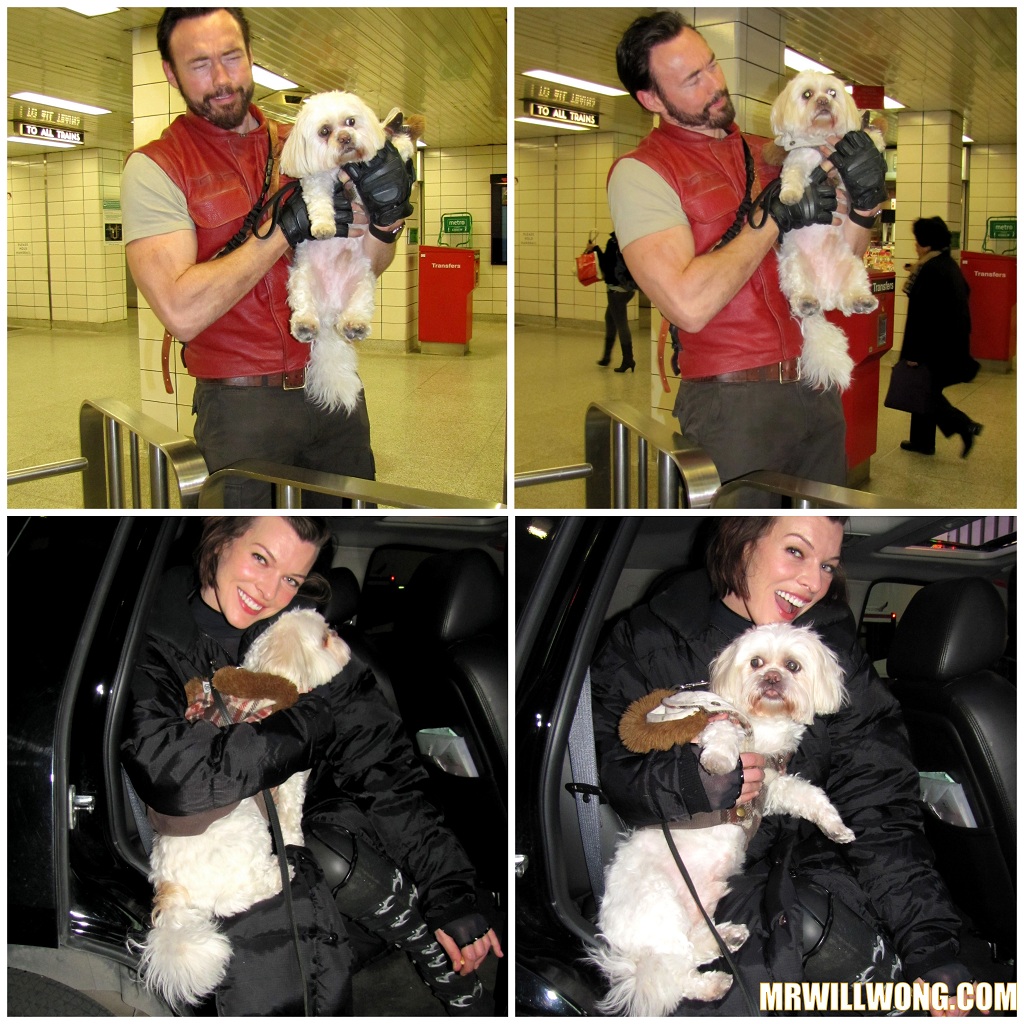 Big debut for the Resident Evil Franchise this weekend! The latest installment, titled Retribution, in the Video Game Adaptation Series was filmed in Toronto last Winter and takes the top of the Box Office this weekend with $20.5 million in North America from 3,012 theatres. And to think Billy was a part of it all, bringing smiles to Stars Milla Jovovich and Kevin Durand‘s faces on their break!

Disney‘s Finding Nemo 3-D  debuts in second with $17.5 million – a far cry from the $70 million it made back when it opened originally in 2003, but in its second run still performs strong.

Meanwhile, former Champion The Possession is a distant third this weekend with $5.7 million, ahead of Western Lawless which in its third week slips to fourth spot with $4.2 million; to-date it has earned $30.3 million.  The Words starring Bradley Cooper and Zoe Saldana, lands in seventh with $2.8 million in its second week of release. The Campaign impressively still is hanging tough in tenth spot with $2.4 million in this its sixth week of release.

Bubbly under, The Master (which just premiered at TIFF), breaks a record for highest per-theatre average with $146k from just 5 theatres.  In total, it earned $730k this past weekend; mighty impressive.