Glassy-eyed and smiling, the first official Mugshot following fallen Teen Pop Star Justin Bieber has been released following his arrest late last night in Miami for Driving Under the Influence and Drag Racing.  Bieber later admitted after his incoherent arrest, that he had been intoxicated with a combination of Marijuana, Alcohol and Prescription Pills.

Bieber with his offences could face up to six months in prison, although we’re unsure if he’s aware of the seriousness of his actions or if he’s at all remorseful about the potential danger he could’ve caused to others. 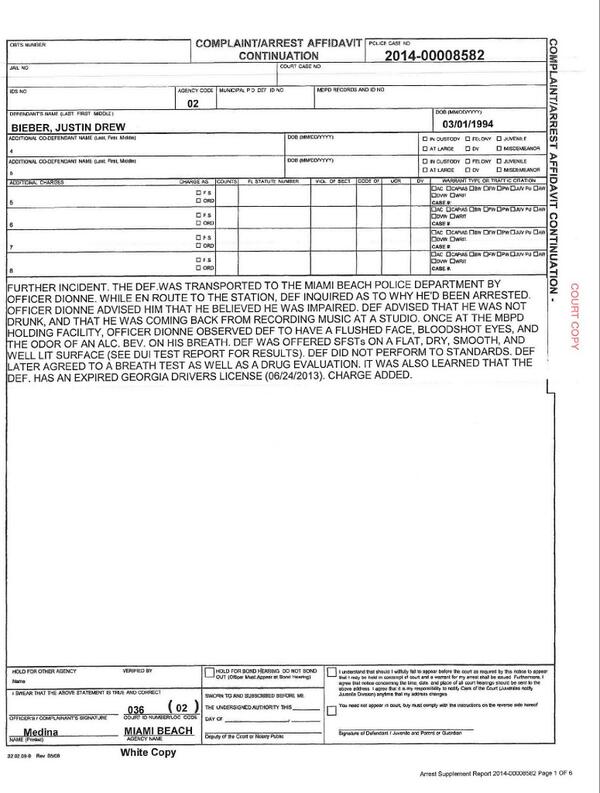 Much speculation has been made about Bieber‘s bankability, recently announcing on a whim that he would be retiring from Music soon via Twitter.  Support from Bieber‘s Fanbase also appears to be dwindling.  By comparison, his last Documentary, Never Say Never grossed over $99 million worldwide.  His Christmas-released Documentary Believe, to date has earned only $6 million internationally.

In the bigger picture perhaps, we should be asking the all-important question, where are the Singer’s Parents Jeremy Bieber and Patti Mallette in all of this?

The former is busy inspiring his two-million-plus Followers on Twitter to “lead by example”:

The latter is busy currently launching her own Blog and aspiring to win a Kids’ Choice Award:

19 years old certainly is not too old to be told.  Inasmuch as it isn’t nice to criticize others’ parenting skills or blame them for Bieber‘s missteps, stepping-in and intervening is much needed right now before matters further take a turn for the worse.  Racing along the road of Fame  comes with great glamour and perks, but it is important to remember the expensive costs to be paid. We all want to see Bieber do well but getting there means being surrounded by people who have his back and that should mean first and foremost his Family.

Put aside the Blog for now Pattie and lead your own Son by example yourself, Jeremy.  Family first. 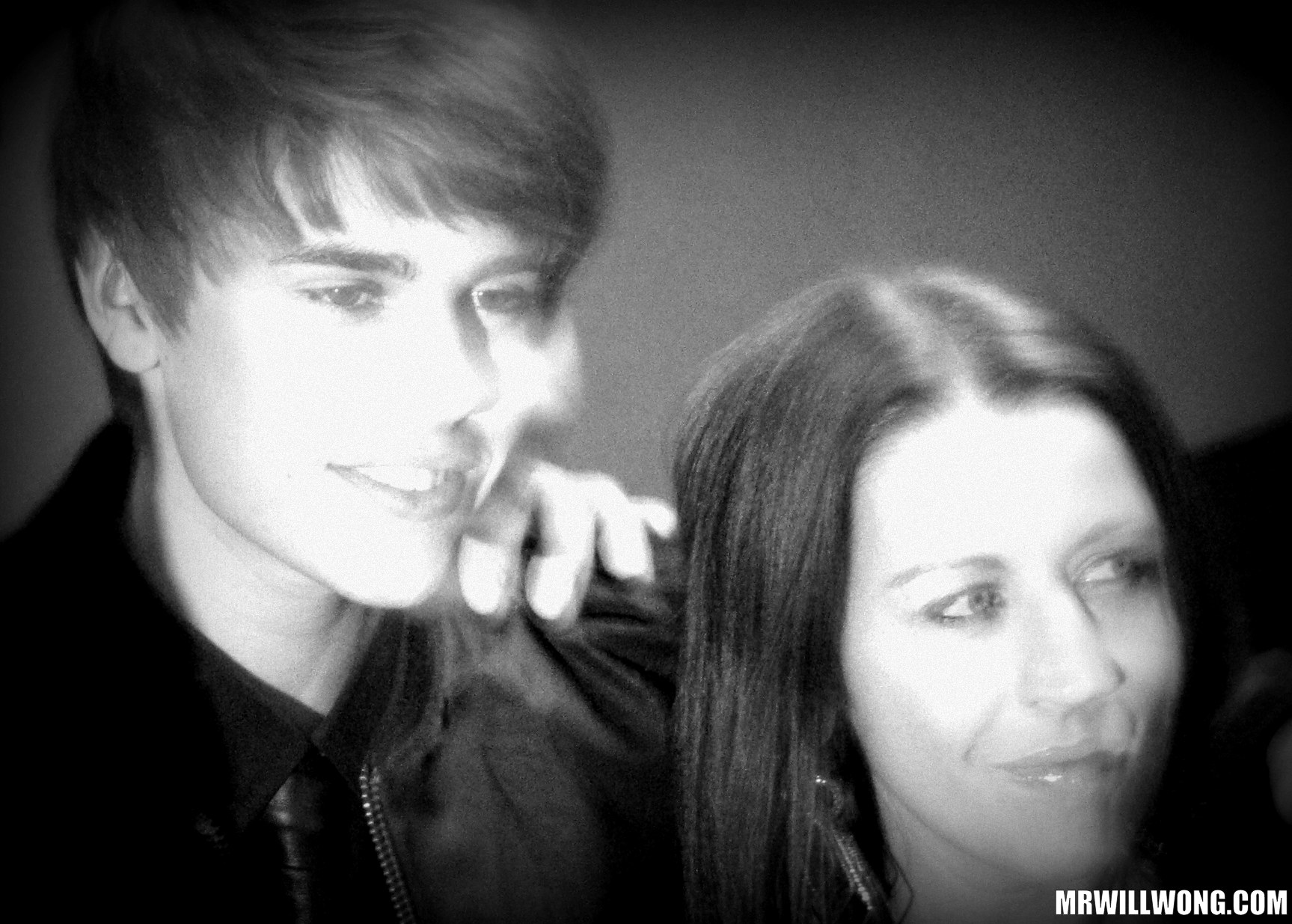 Not only has Justin Bieber solidified himself as an International Superstar, but even those around him are seeing the Ripple Effect of success.  Look at Carly Rae Jepsen. Bieber’s Mother, Pattie Mallette currently is in Toronto on a Press Blitz for her Autobiography, Nowhere But Up: The Story of Justin Bieber’s Mom, now in-stores via Revell.

Mallette‘s three-day Toronto Blitz has her doing Radio, Television and Print with stop-offs at KISS 92.5, CHFI 98.1, plus appearances on George Stroumbolopoulous Tonight and eTalk.  Today she stopped-by CTV‘s The Marilyn Denis Show revealing that her 18-year-old Son only recently moved out on his own. Mallette in her Book, touches upon her own encounters with Sexual Abuse, Date Rape and hitting rock-bottom collecting Social Assistance as a Teen Mom,  admitting the Bieber (who wrote the Foreword) had a difficult time reading it. She also feels that because her Parents were so sheltered in their lifestyle that they were oblivious of the ordeals she had been going through.

One interesting tidbit Mallette revealed to Denis was that the Prince of Pop actually is afraid of closed spaces.  She says, “He’s Claustrophobic.  When he was young he was trapped in an elevator. He hates Elevators.”.

Today’s Episode of Marilyn Denis should be uploaded shortly. Click here to watch it online.