It’s a three-peat for CRAZY RICH ASIANS staying at #1 once again this weekend with $23 million for Warner Bros. It plays at 3,865 theatres, tallying-in at $118.7 million over three weeks.

THE MEG continues to stay afloat in second with $10.1 million in its fourth week for Warner Bros., a domestic total of $123 million.

In third is OPERATION FINALE with $6.4 million for MGM, playing at 1,818 theatres. The Drama starring Sir Ben Kingsley and Oscar Isaac, gets 62% on the Tomatoneter and an A- CinemaScore. It doesn’t yet have a Canadian release.

Debuting in sixth is SEARCHING starring John Cho, which is a feat in diversity with two Films starring Asian-American lead actors in the Top Ten. It earns $5.7 million from 1,198 theatres for Sony Pictures, getting 91% from Critics on the Tomatoneter. The Asian-American community have rallied to create the #GOLDOPEN campaign getting them to support this Film, hot off the success of Crazy Rich Asians.

MILE 22 rounds-out the Top Ten for STX ENTERTAINMENT/VVS Films with $3.7 million from 2,950 theatres scross North America. It has made $32.8 million to date.

It’s a new era! With audiences embracing inclusion and diversity more and more, CRAZY RICH ASIANS is the Movie of the Now, taking the top of the Box Office with $21.6 million from 3,384 theatres for Warner Bros. Not only are Critics in love with the Kevin Kwan Bestseller Adaptation, it gets an A CinemaScore from Audiences which should be enough to propel it in coming weeks with word of mouth. Directed by Jon M. Chu, it opened Wednesday  night, for a total $31 million over five days.

THE MEG continues to take a bit at the competition in second with $20 million from 4,118 theatres making it a Warner Bros. Top-Two. Over two weeks the shark Action-Thriller has made $82.6 million.

In third is MILE 22 with $14.3 million from 3,250 theatres for STX Entertainment/VVS Films.  The fourth collaboration between Director Peter Berg and star Mark Wahlberg, gets 20% on the Tomatometer and a B- CinemaScore.

MISSION IMPOSSIBLE: FALLOUT is in fourth with $10.9 million for Paramount Pictures, a total $181 million over four weeks.

ALPHA debuts in sixth with $9.4 million from 2,719 theatres for Sony Pictures. The story about the first friendship between man and wolf, gets 84% on the Tomatometer and a B+ CinemaScore.

MAMMA MIA! HERE WE GO AGAIN is in ninth with $3.5 million for Universal Pictures in in its fifth a week, a tally of $111.3 million made domestically.

We love us some Mark Wahlberg and Moviegoers will love that he reunites with Director Peter Berg in MILE 22!

Synopsis:
In a visceral modern thriller from the Director of Lone Survivor, Mark Wahlberg stars as James Silva, an operative of the CIA’s most highly-prized and least-understood unit. Aided by a top-secret tactical command team, Silva must retrieve and transport an asset who holds life-threatening information to Mile 22 for extraction before the enemy closes in. 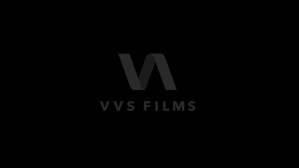