Following its $1.26 billion-grossing international success at the Box Office, en route to winning two Academy Awards, the reception for 2013’s FROZEN needless to say, was really exceedigly warm. Hence its successor, FROZEN II comes with much anticipation and expectation, reuniting stars Kristen Bell, Idina Menzel and Josh Gad together in Toronto for a Fan Event. The evening give fans not only a rare chance to see the stars, but also preview snippets of the Film, which still has yet to screen for Canadian Media.

The Film which sees Chris Buck and Jennifer Lee returning as Co-Directors, has sisters Elsa (Menzel) and Anna (Bell) venturing beyond their homeland of Arendelle to save their Kingdom. Along the way, they hope to understand the origins of Elsa’s magical powers, which had divided the sisters just three years prior.

Team Mr.Will had the joy of chatting with the Cast of Frozen II at the much-hyped Fan Event at Scotiabank Theatre, brought to us fittingly by The Weather Network.

We asked Menzel about Elsa‘s journey this time around. She says, “I’d say in the first one Elsa was more ashamed and apologetic of her powers and in Frozen II, she steps into her own and embraces them.”.

“They’re definitely not little girls anymore and hopefully like their audience, they are growing, maturing and evolving as young women. But ultimately, it is a love story between two sisters who push themselves to be the best that they can be and to find their self-love.”.

We ask Bell whether or not becoming a mother has affected the types of projects she’s taken on. She tells us, “It’s actually solidified the choices I’ve made and will make because I want my girls to know that I shape myself based on my own internal barometer. So even though I do shows that are darker like House of Lies, I might not show that to them now that they are six years old, but I’m so proud that this woman had a sexuality about her. So while I really do enjoy doing family projects, it hasn’t really affected my projects.”.

We ask Gad, who reprises his scene-stealing role as Olaf the Snowman, what it’s like being the breakout star of the Franchise. He jokes, “It feels great to be the breakout star of Frozen. I’m telling you at home I know I steal these movies, but this absolutely has to be kept in-house. I can’t let her (Bell) know, I can’t let Idina know, I don’t want to hurt their feelings.”.

Kidding aside, he states “It’s such an honour and a thrill growing up with Disney films, being a part of the generation that was given The Little Mermaid, Beauty and the Beast, Aladdin and The Lion King at a very young age. Being a part of telling those stories to a new generation, it’s such a dream come true.”.

See our Snaps from the Blue Carpet. Hover cursor right to navigate gallery.

A great night at the exclusive #Frozen2 Fan Event tonight with stars #KristenBell, #IdinaMenzel + #JoshGad in attendance! In theatres 11.21.19 in Canada! Stay tuned for our chats with the Cast! #Frozen

Watch our Chats with the Cast:

FROZEN II is in theatres Thursday, November 21, 2019. Tickets are on sale now.

After a rousing reception at TIFF ’19, a new Trailer surfaces for UNCUT GEMS starring Adam Sandler.

In theatres this December.

A new Trailer has arrived for Frozen 2 on the first day of Fall!

A brand-new Trailer has surfaced for FROZEN 2 and it looks amazing! Elsa and Anna are back and take a journey into the unknown together. 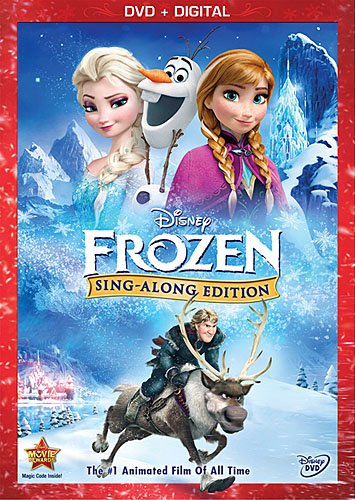 How exciting!  Fans of Disney‘s FROZEN have taken to the Internet to express their Love with a litany of Covers surfacing on YouTube.  Now Fans can unite together at the Movies with a brand-new Singalong Version of the Box Office record-setting, Oscar-nominated Animated Feature soon to hit theatres.  A magical Snowflake will guide you along the on-screen Lyrics as you sing your heart out!

The duration of the theatrical run will vary from theatre to theatre, but the release nationwide is set for Friday, January 31, 2014!

Sing along to Let it Go, performed by Idina Menzel, see it below: 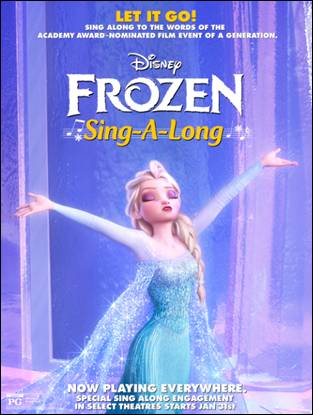 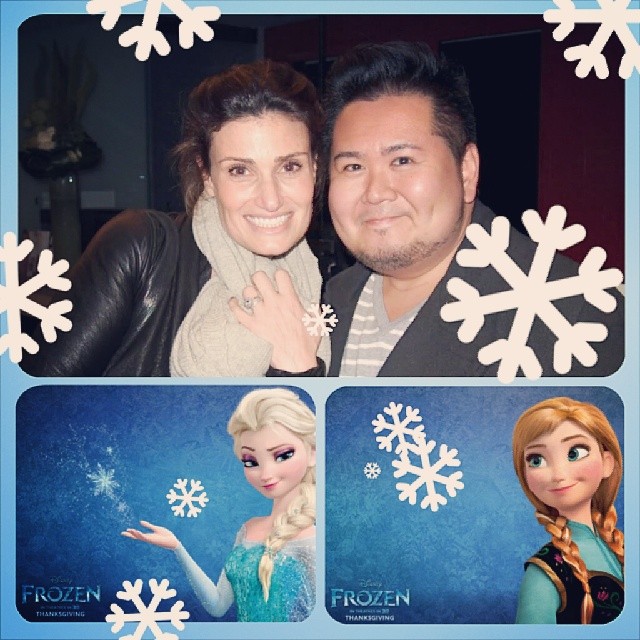