Elevation Pictures x Mr. Will want to give Readers a chance to attend an Advance Screening of GOOD TIME. Screenings take place as follows:

SYNOPSIS:
After a botched bank robbery lands his younger brother in prison, Constantine “Connie” Nikas (Robert Pattinson) embarks on a twisted odyssey through the city’s underworld in an increasingly desperate—and dangerous—attempt to get his brother Nick (Benny Safdie) out of jail. Over the course of one adrenalized night, Connie finds himself on a mad descent into violence and mayhem as he races against the clock to save his brother and himself, knowing their lives hang in the balance. 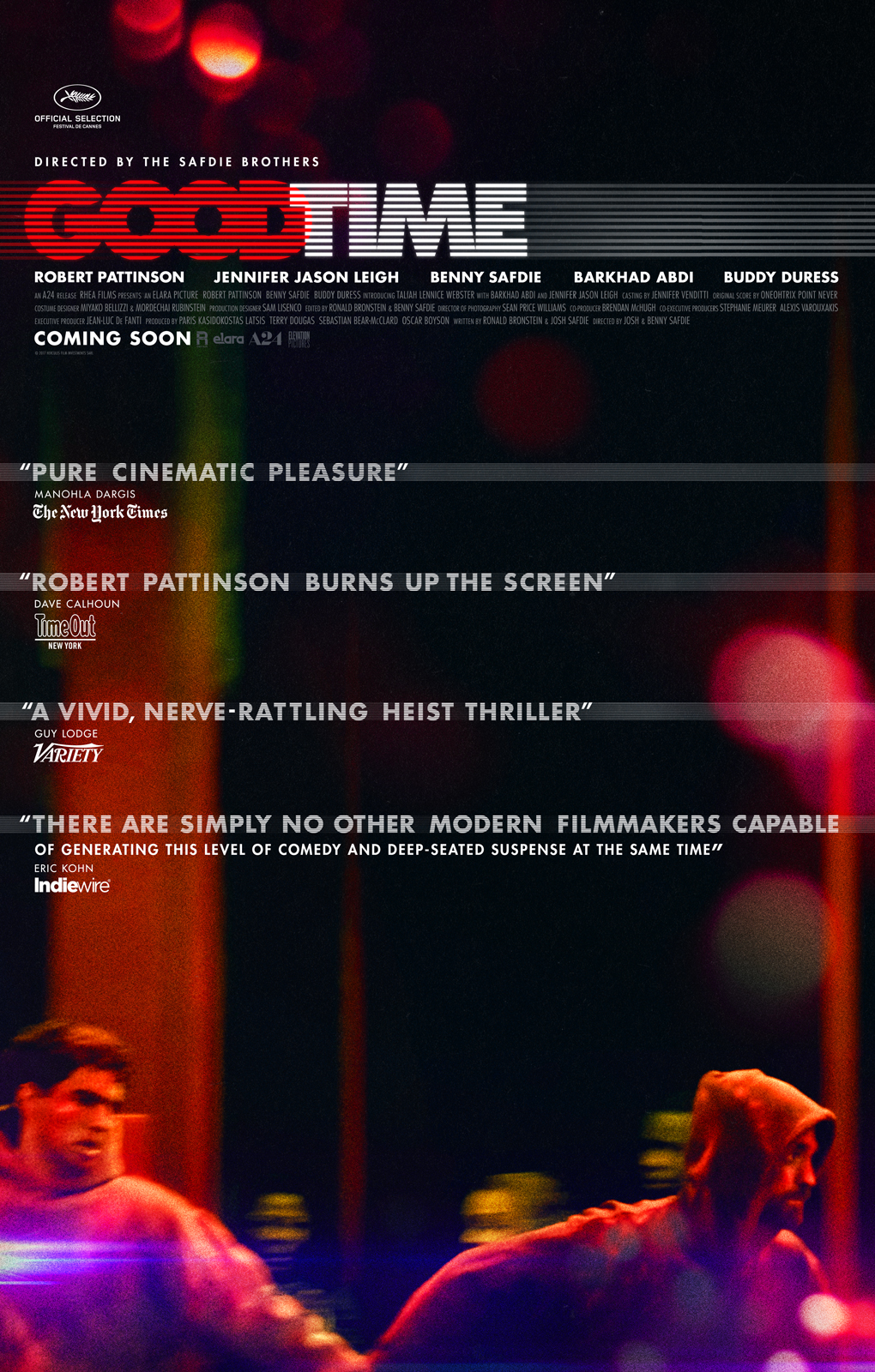