2020 was a year indeed, but despite being filled with one tough blow after another, Music was there for us to guide us through these challenging times. While some of the year’s biggest smash hits turn back to the drumbeats and synths of the ’80s for inspiration, this is a good thing as that nostalgia translates to happiness and dancing.

While nothing beats a great Music Video, we’re seeing that the success of a single doesn’t necessarily depend on a flashy video. In fact, Megan Thee Stallion‘s hit “Savage” only has a Lyric Video and an Animated Video, but its exposure on TikTok helped propel it into the stratosphere of success.

And on the other side of things, Taylor Swift continues to top album sales charts without any definitive hit single. Times are changing on the musical landscape and more than ever on the Billboard Hot 100 we’re seeing songs from previous years land in the 2020 Hot 100 which either is a sign of people latching onto familiar things for comfort, or maybe chart criteria perhaps needs a deeper look.

Below are our Top Ten favourite singles of 2020! What are yours? Tweet us at @mrwillw!

This was so epic and made it so much better that we have to wait another year for Lady Gaga’s Chromatica Ball. We were originally to see her in August!

See Gaga‘s superb performance at the 2020 MTV VMAs last night, joined by Ariana Grande in a show of Pop excellence in a performance of their track RAIN ON ME. IN MASKS! This was legit as you can hear the reverb coming out of her mask as she sang.

Gaga swept for Cinematography, Song, Collaboration, Artist of the Year and the TRICON Award! Well-deserved. 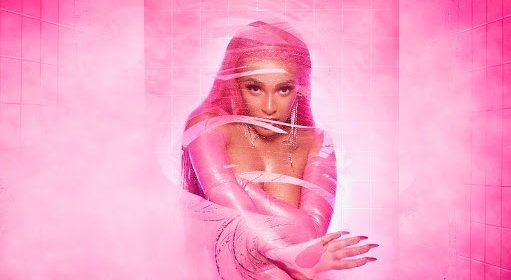 Things are taking-off fast for Singer/Rapper Doja Cat! A Video for her new Single SAY SO, which samples Chic‘s Good Times, has surfaced and like us, we’re sure you’ll be charmed by the 24-year-old Los Angeles native’s star power and if not that, there’s a gorgeous tiger! She also appears on the Soundtrack for BIRDS OF PREY!