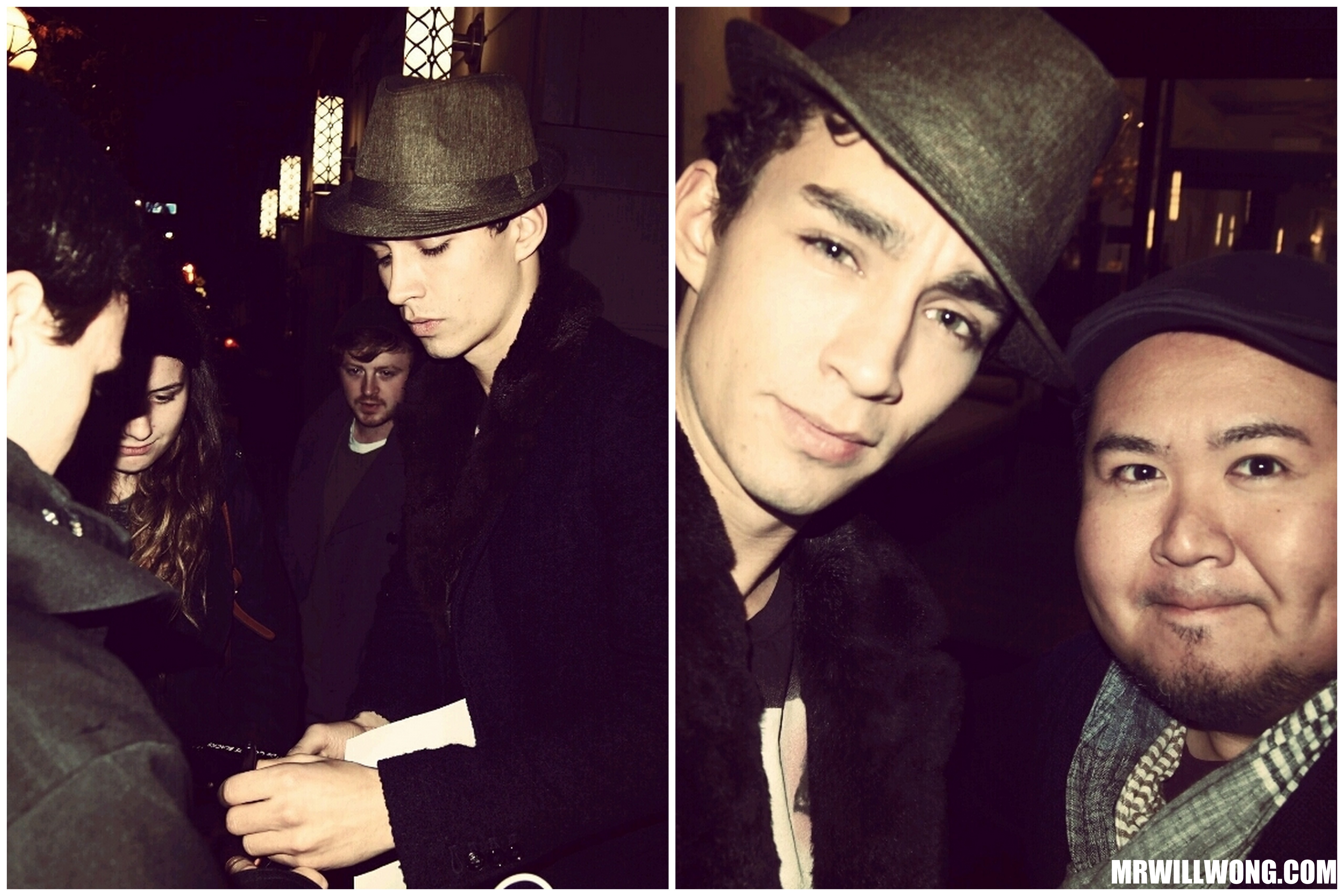 24-year-old Irish Actor Robert Sheehan is on the verge of major Stardom Stateside, currently in Toronto filming The Mortal Instruments: City of Bones, playing the integral role of Simon Lewis, who has pined for Clary Fray (Lily Collins) since Childhood.  The Actor who has received a BAFTA Nomination for his work in popular Series, The Misfits, soon will be wrapping filming here in the City and although I’ve crossed paths with him a few times  in the area, tonight I finally got a Photo with him.  Sheehan has been enjoying the company of a good Buddy (seen to his left above) who has been staying with him of late.

Decked-out in a Fedora and an amazing Fur-lined Peacoat (it was faux he tells me!), the Actor headed-out with his Friend after a long day on-set, stopping to greet Fans and sign a few Autographs.  What’s that?  You’d want one too?  Of course!   Some Fans noted that he was out at Massey Hall the other night enjoying The XX’s Show earlier this week and recently also participated in the Zombie Walk. 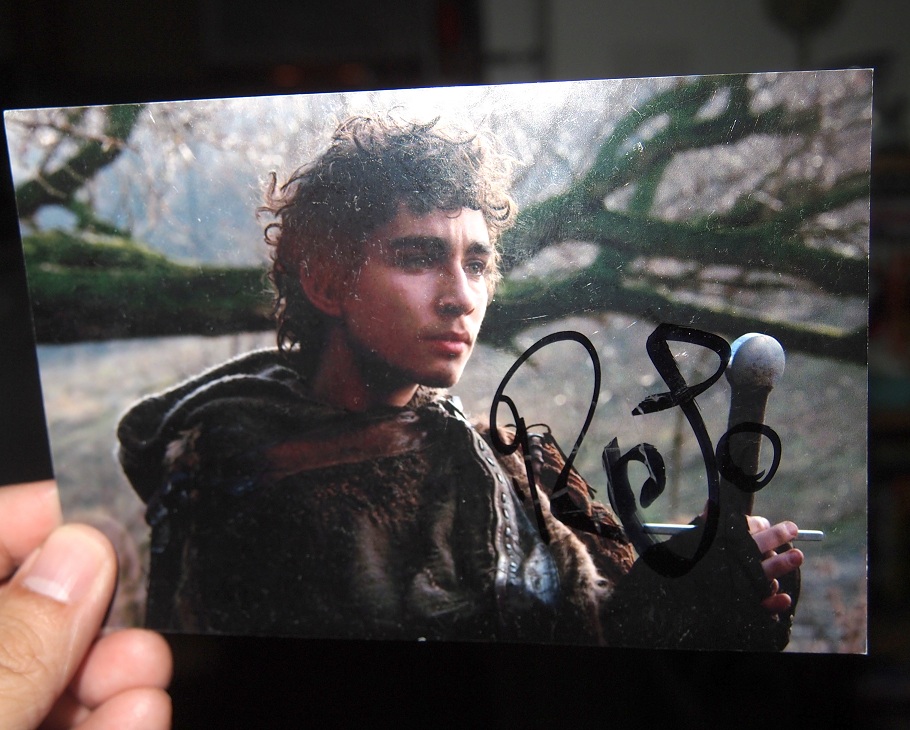 RT: .@MRWILLW wants me to win a Photo signed by ROBERT SHEEHAN, Star of #THEMORTALINSTRUMENTS. http://tinyurl.com/9cm9fa8